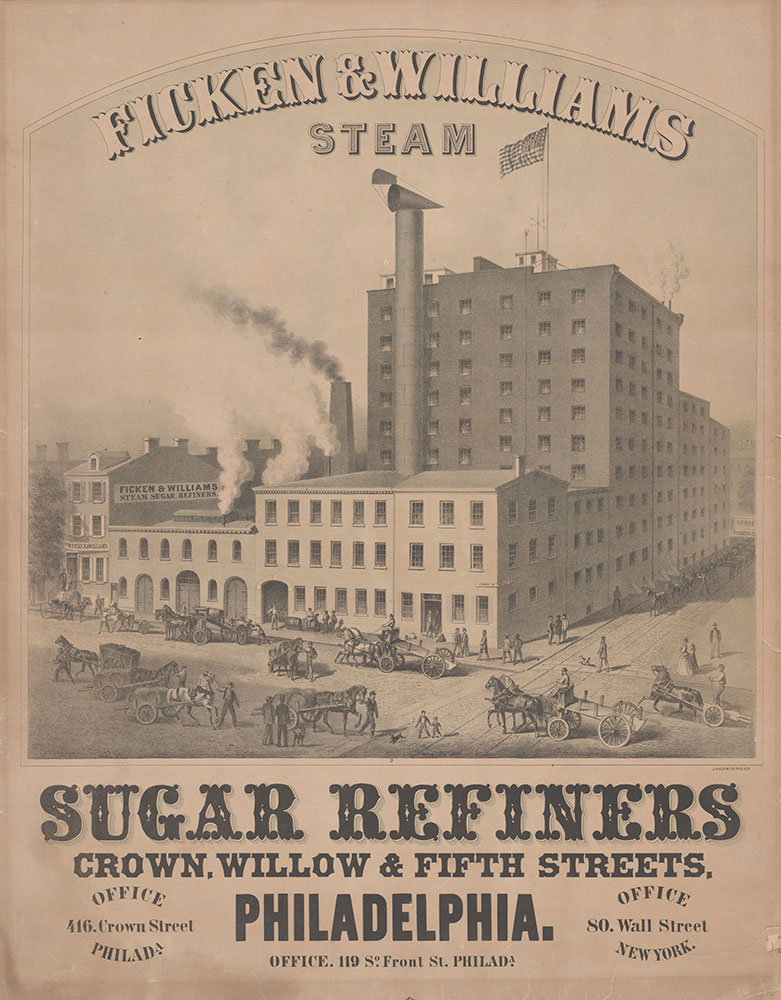 
Notes: Advertisement showing a busy street scene with a view of the refinery complex in Northern Liberties. Includes the office building adorned with signage "Ficken & Williams Steam Sugar Refinery" attached to the large multi-storied processing plant of several connected buildings marked at the corner "Crown St." and "William St." Smoke stacks and a large American flag adorn the facility. Two men converse at the doorway of the office across from a horse-drawn carriage parked in the street that is congested with refinery traffic. Several drays, some loaded with barrels, and a cart loaded with coal travel to and from the refinery. Factory employees also load a dray with barrels, sit on a barrel, converse, and emerge from a building entrance. Other street traffic includes two boys crossing the intersection, a woman and girl on promenade, dogs, and a driver leading a team of mules hauling freight cars of coal. Also shows pedestrian traffic, including three men convened in conversation, on the sidewalks around the factory.
Bibliography:

Reduced variant published in Edwin T. Freedley’s Philadelphia and its manufactures : a handbook of the great manufactories and representative mercantile houses of Philadelphia in 1867 (Philadelphia: E. Young, 1867), opp. p. 472.