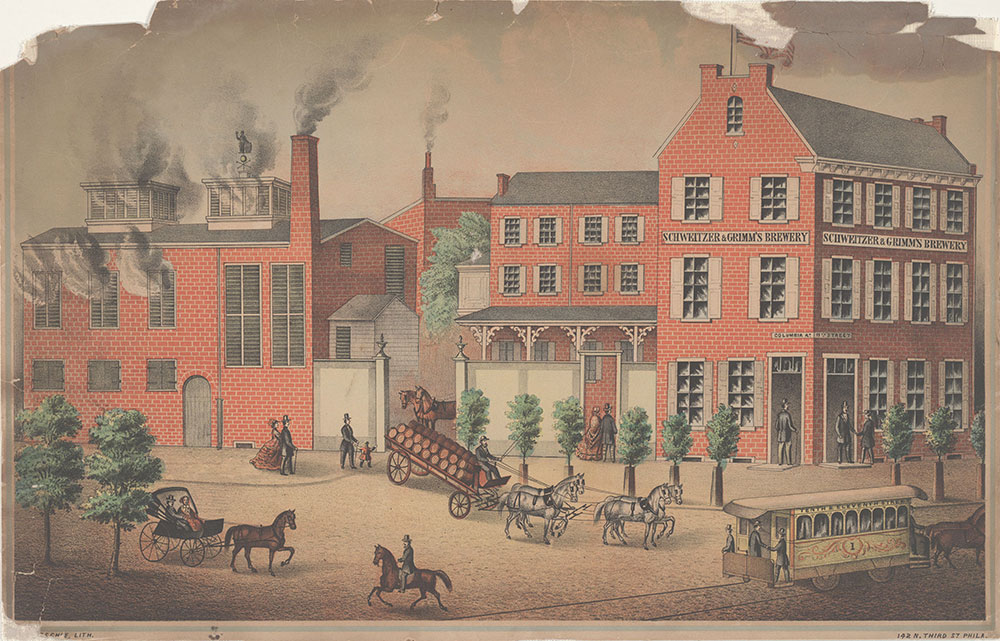 Advertisement showing the Schweitzer and Grim brewery complex on the 1100 block of Columbia (i.e., Cecil B. Moore) Avenue. Complex includes a three and half-story red brick office building and shop with two adjacent entrances. A man enters one of the entrances, and at the other, two men shake hands while a couple approaches the walled entryway to an addition attached to the rear of the office. The addition also contains a roofed porch area. To the left, a two-horse team is visible at the opening of a passage in the wall that spreads between the brew house (left) and addition (right). A man with a child, and a couple, walk on the sidewalk near the passageway. A weather vane, smoke stacks, and slatted windows adorn the brew house. Smoke rises from the stacks and steam pours out of the window slats. In the foreground, a "Tenth & Eleventh Street" horse-drawn omnibus picks up passengers, a four-horse team truck loaded with barrels departs the brewery, and a couple in a horse-drawn carriage and a man on horseback travel.