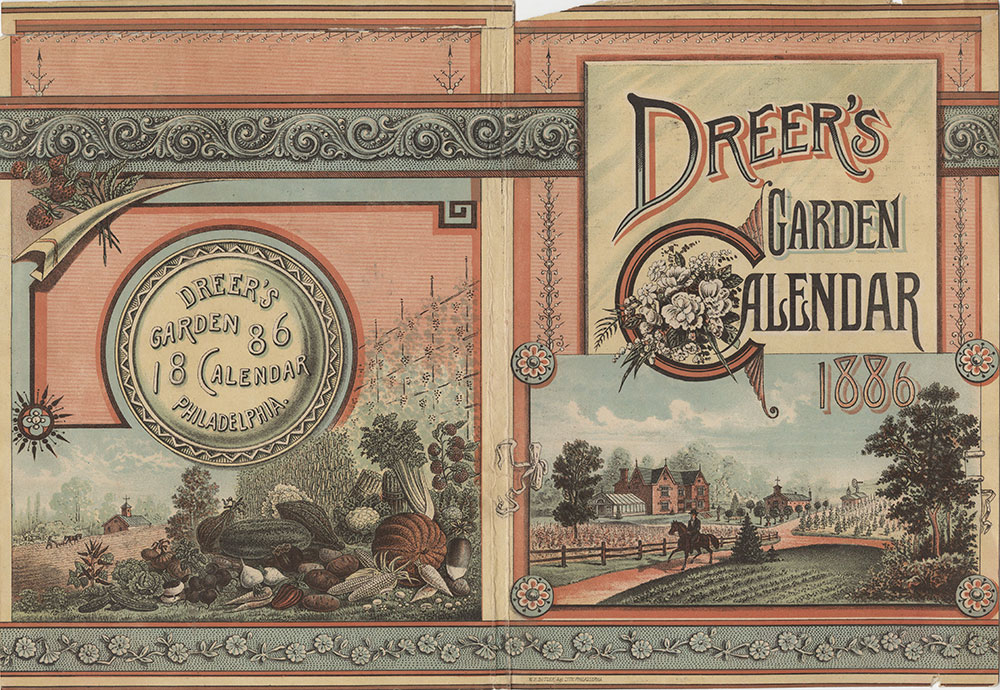 Butler previously was a partner of the Packard & Butler, later Packard Butler, & Partridge firm which ceased operation in early 1886 following a fire. Butler operated a studio solely until 1893.

Front and back covers of the seed trade catalogue for the Henry A. Dreer firm. Front cover shows a property containing a mansion house (with an attached greenhouse), tree orchard, garden patch, and two outbuildings, including one with a windmill. In the foreground, a man on horseback passes on a road through the estate. Back cover shows a display of farm produce including, celery, pumpkin, corn, potatoes, watermelon, beets, lettuce, carrots, and asparagus in the foreground of a farming scene. Decorative trims line the top and bottom edges. The firm was incorporated 1892 under his son, William F. Dreer, who assumed the business operations following his father's death in 1873.