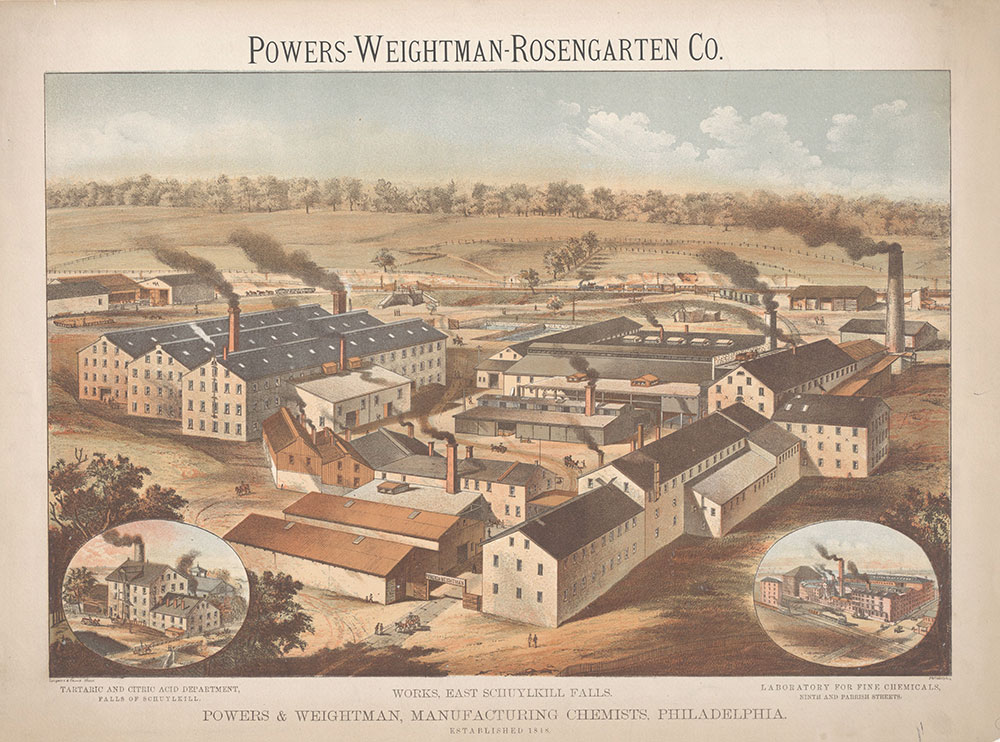 Advertisement showing the large industrial complex, including warehouses, storage sheds, and a reservoir originally established in 1848 by Powers & Weightman. Several of the buildings contain working smokestacks. A horse-drawn wagon departs from the main entranceway and a number of others are visible within the complex. Train tracks run within and along the periphery of the plant. A locomotive with train cars, horse-drawn freight cars, and free standing freight cars are visible on the tracks. Fenced pasture land is visible in the background. Also contains two titled insets in the lower corners. "Tartaric and Citric Acid Department, Falls of Schuylkill" includes horse-drawn wagons arriving and crossing a small bridge in the foreground. "Laboratory for Fine Chemicals, Ninth and Parrish Streets" includes trains traveling in the foreground. In 1847, Powers & Weightman succeeded Farr & Kunzi (established in 1818), and became internationally renown for their manufacture of medicinal and other fine chemicals. The company was the first to introduce quinine to the United States. Powers & Weightman merged with Rosengarten & Sons to form Powers, Weightman, Rosengarte n Co. in 1905.