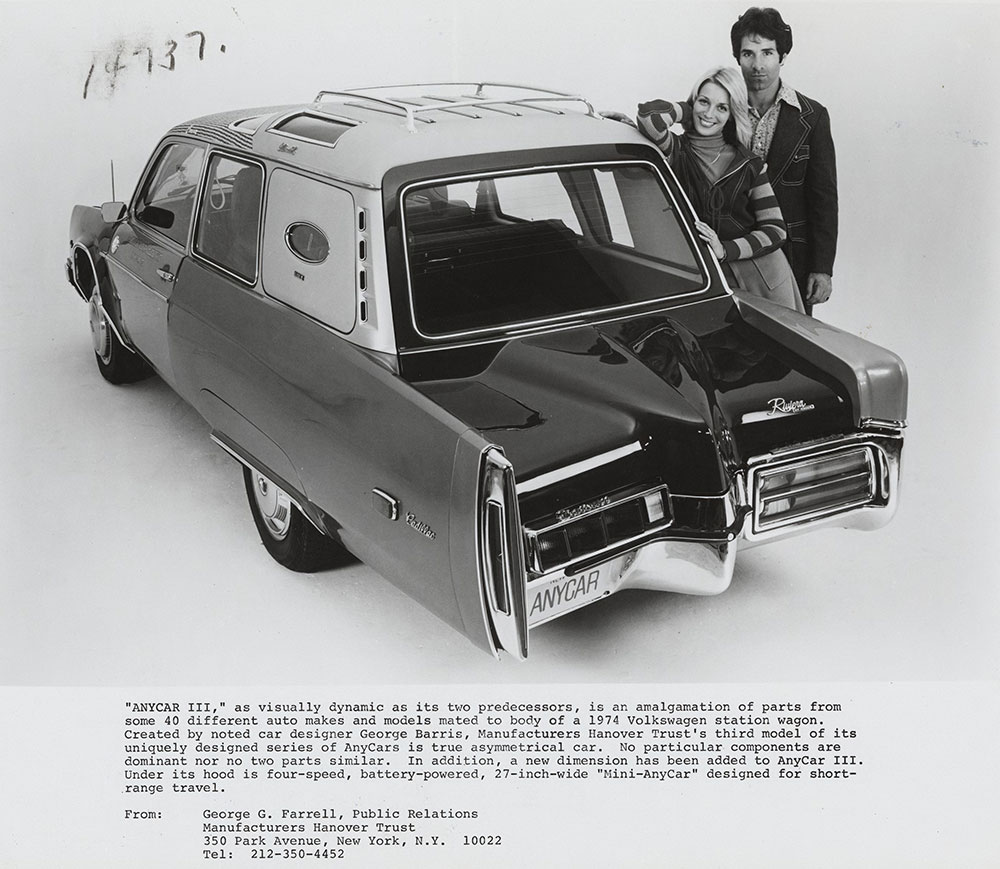 "ANYCAR III," as visually dynamic as its two predecessors, is an amalgamation of parts from some 40 different auto makes and models mated to body of a 1974 Volkswagen station wagon. Created by noted car designer George Barris, Manufacturers Hanover Trust's third model of its uniquely designed series of AnyCars is true asymmetrical car.  No particular components are dominant nor no two parts similar. In addition, a new dimension has been added to AnyCar III. Under its hood is four-speed, battery-powered, 27-inch-wide "Mini-AnyCar" designed for short-range travel.