Harmony of the Bible 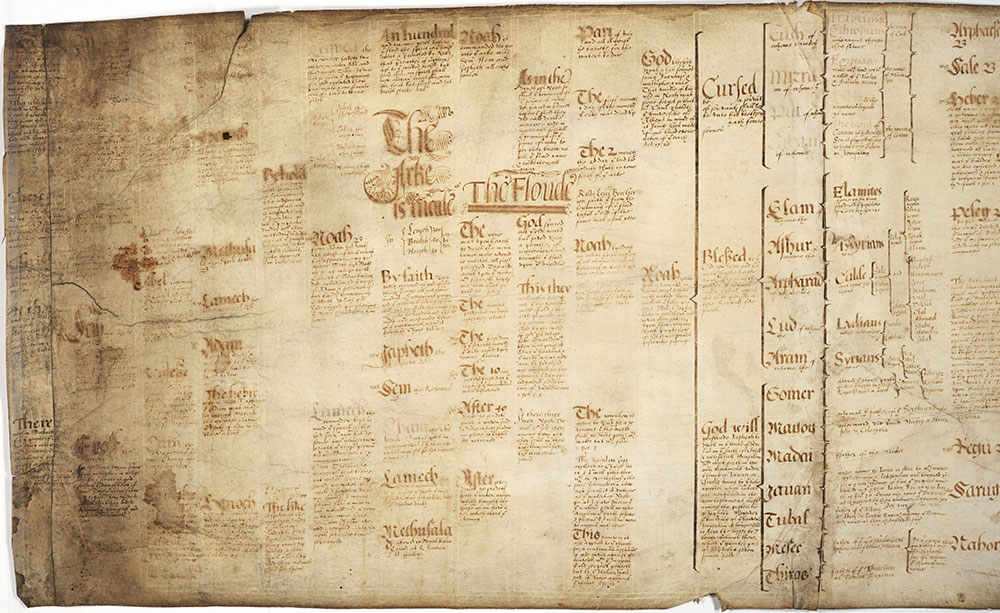 This parchment scroll is a copy of an attempt by Christian theologian Hugh Broughton to sequentially align all of the narratives, chronologies, and characters in the Christian Bible. This chronological agreement served as Broughton’s proof of the authoritative truth of each word of the Bible.

According to the dealer of this item, the drawings were the original designs for the plates in Broughton's Concent of Scripture (n.d. but before Nov. 17, 1589). The plates, he says, were probably by H. Hondius. in Broughton's Daiel, his Chaldie Vision, 1596 (2 issues, one without quite signatures on the plates and the other with them added); the 2nd ed. 1597 has woodcut copies of the plates.

In the first ed. of the Concent, the Image (the ref. to drawings above) is in armour as here, while subsequent editions of that work and all eds. of the Daniel show a nude figure patly draped. The first three subjects in the roll (as above) are as it were all on one "page," but form 3 separate plates in the books. Thus, the Four Beasts here=plate 3 of the Concent (1st ed) and the Daniel; and the Two Beasts= plate 4 in both. In the 2nd ed. of teh Concent both Beast subjects are combined to form only one plate (No. 4). The drawing of the Seven-headed beast= pl. 5 of the Concent, 1st ed., and pl. 4 of the 2nd ed., except that the Scarlet Woman is added on the plast and the coast of Arms omitted. 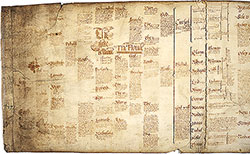 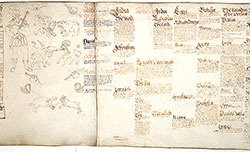 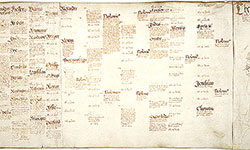 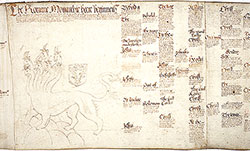 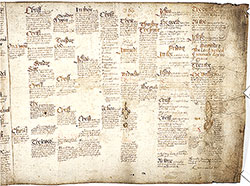 Hugh Broughton - Author. (1599). Harmony of the Bible. Retrieved from https://libwww.freelibrary.org/digital/item/22487