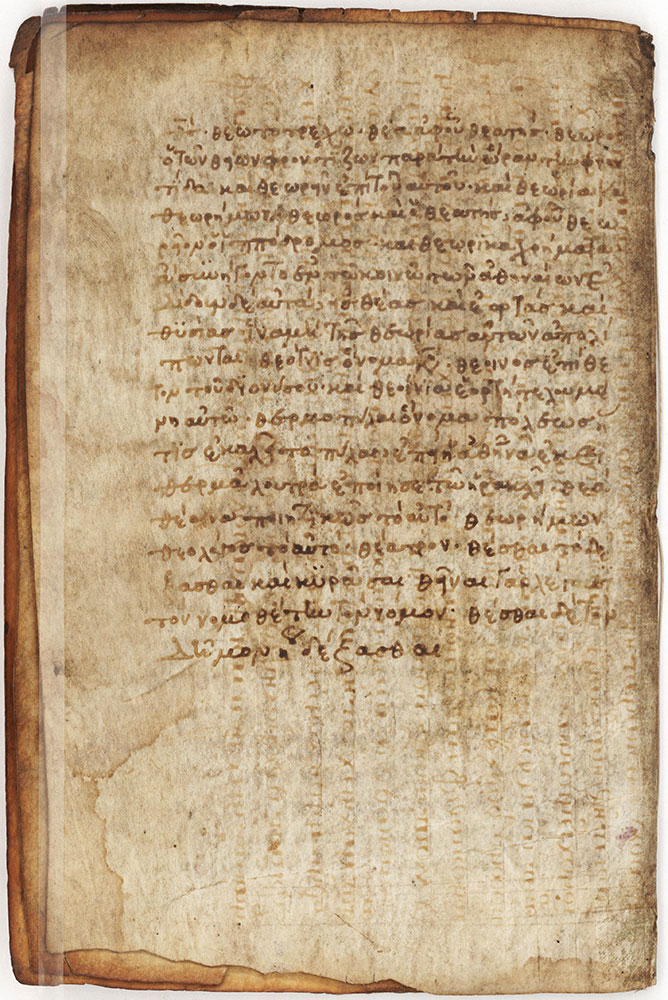 The original text in this fragment, dating from the first half of the fourteenth century, was erased and written over sometime in the fifteenth century. Leaves that have been the subject of such recycling efforts to conserve parchment are known as palimpsests, from the Greek word "palimpsestos" meaning "scraped again."

Upper text: unidentified lexical or grammatical treatise, 15c. The scribe was identified by Neil K. Moran as Georgios Baiophoros, who copied many palimpsest mss. with lexical or grammatical content. He worked in the scriptorium of St. John the Baptist Petra Monastery in Constantinople in the first half of the fifteenth c. Dr. Nadezhda Kavrus-Hoffmann agrees with Annaclara Cataldi Palau that the scribe is probably not Baiophoros, although the two scribes display rather similar scripts.

Underlying text: one hand, script is medium-sized archaizing minuscule, probably of end of 13c-first half of 14c. The underlying text is Ephrem the Syrian, Ad correctionem eorum qui viruose vivunt.

We are grateful to Dr. Nadezhda Kavrus-Hoffmann for all this information. 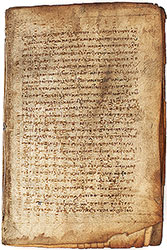 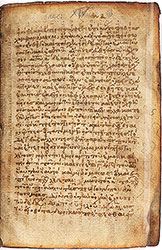 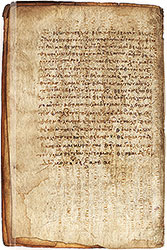 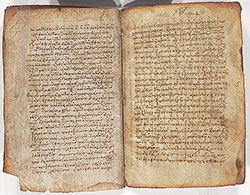