First Bank of the United States, 3rd street at Dock 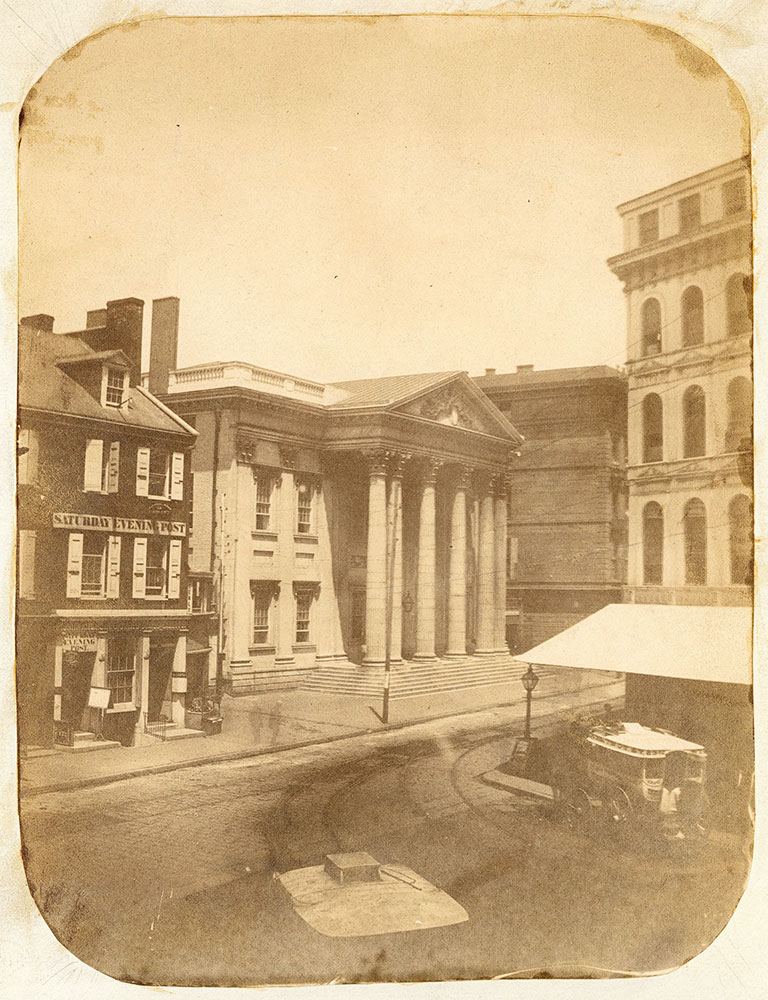 Item No: pdcl00024
Title: First Bank of the United States, 3rd street at Dock
Additional Title: Girard's Bank, West Side 3rd Street below Chestnut
Media Type: Photographic Prints
Source: Print and Picture Collection
Notes: "This neoclassical building was constructed in 1795 to house America's first bank, which had been chartered in 1791. When Congress refused to renew its charter in 1811, the bank was taken over by Stephen Girard, then one of the country's three wealthiest men, and became known as Girard's Bank. It was used by Girard for his private banking business until his death twenty years later. In 1859 this location was the center of Philadelphia's banking district, across the street from the Merchants' Exchange and one block from the old Customs House on Chestnut Street. Next to the bank in this photograph is an early home of The Saturday Evening Post, and in the right foreground is a West Philadelphia omnibus."--OPEP, p. 25.
Notes: The building. Street cars and tracks on street in front. To the left is a building for the Saturday evening post. In the foreground is a coach.
Bibliography: Reprinted in: Old Philadelphia in early photographs, 1839-1914/edited by Robert F. Looney. New York: Dover Publications, c1976.