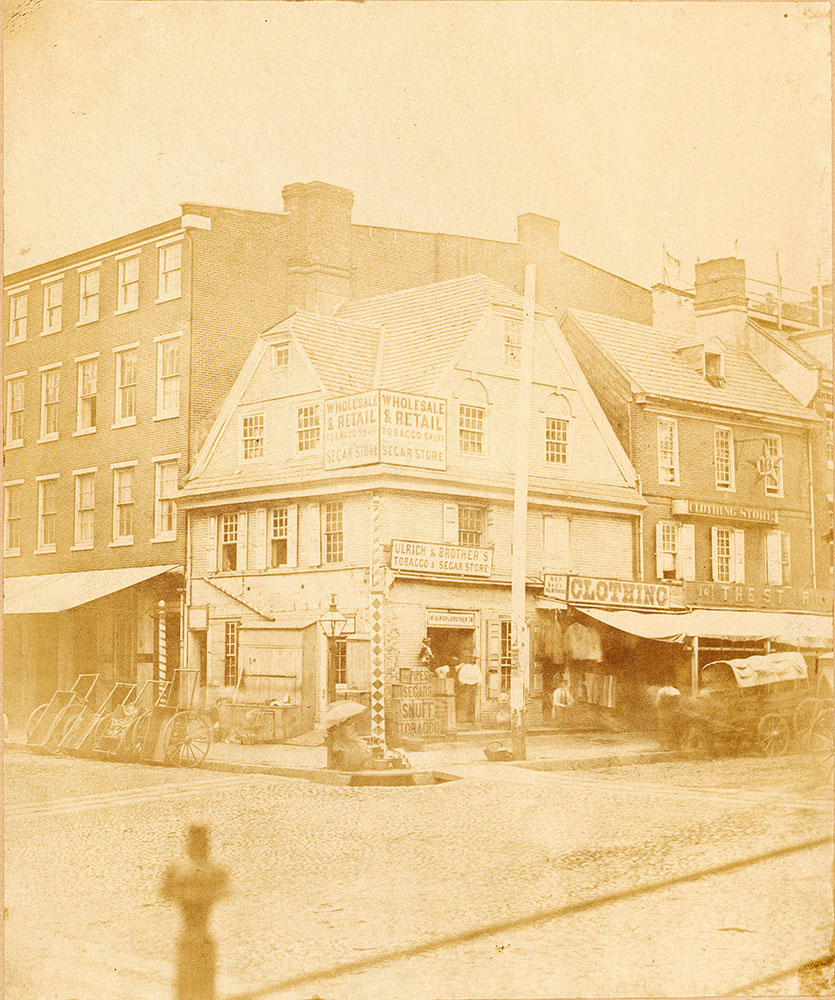 Item No: pdcl00030
Title: London Coffee House, Front Street at Market
Additional Title: London Coffee House, Front Street at Market, 1854
Historic Street Address: Front and Market Streets
Media Type: Salt Prints
Source: Print and Picture Collection
Notes: "The London Coffee House was originally built in 1702 on property obtained by its owner, Charles Reed, from Letitia Penn. It remained standing until 1883, and during its long and colorful history changed hands many times and housed businesses other than that for which it was originally intended. G. and A. Ulrich, whose family had owned the coffee house since 1813, were its final occupants."--OPEP, p. 31.
Notes: Corner view of the storefront, with people standing at the entrance. Boxes and other merchandise are displayed on the sidewalk. Signs on both sides of the building identify businesses: "Ulrich & Brother's Tobacco & Segar Store"; "Clothing store". Empty carts on one side of the street, horse-drawn carriages at the other. A woman with a parasol sits under a street lamp surrounded by baskets and boxes.
Bibliography: Reprinted in: Old Philadelphia in early photographs, 1839-1914/edited by Robert F. Looney. New York: Dover Publications, c1976.