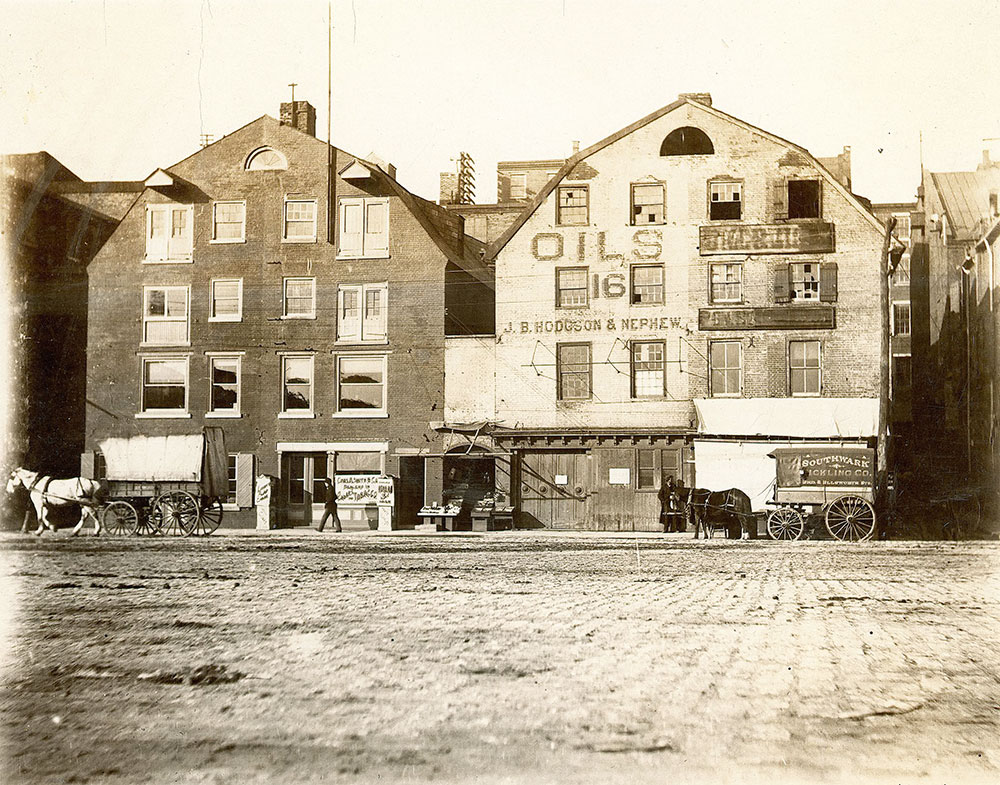 Item No: pdcl00034
Title: Warehouses, 14-20 South Delaware Avenue
Additional Title: 14-20 South Delaware Avenue
Historic Street Address: Delaware Avenue, South, 14-20
Media Type: Photographic Prints
Source: Print and Picture Collection
Notes: "These two waterfront warehouses were built around 1796, and were in continuous use until just after 1900. They were built by Paul Beck, a well-known merchant in his time, and builder of a shot tower on Cherry Street at 21st in 1808. Visible for some distance, the shot tower was for twenty years a landmark on the Schuylkill River."--OPEP, p. 35.
Notes: Two brick warehouses. On the left half of the one on the right: "Oils, 16, J.B. Hodgson & Nephew." Horse-drawn wagon parked in front: "Southwark Pickling Co., 3rd & Ellsworth Sts." A man stands in front of that building. Between the two warehouses looks like a produce stand. A man is walking down the sidewalk. On the right side of the building on the left is a sign: "Chas. A. Smith & Co., dealers in cigars and tobacco" and "Indian 3c cigar, trade, supplies." A horse with a covered wagon is parked on the left.
Bibliography: Reprinted in: Old Philadelphia in early photographs, 1839-1914/edited by Robert F. Looney. New York: Dover Publications, c1976.