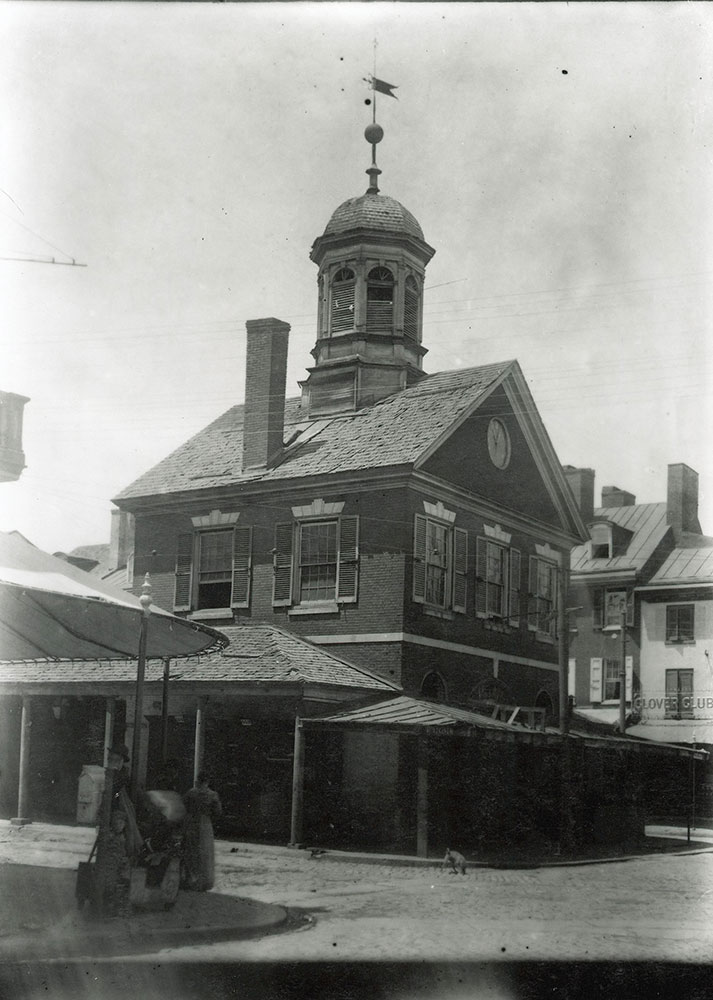 Item No: pdcl00042
Title: Market House, 2nd Street at Pine
Additional Title: Market House, 2nd Street at Pine, 1900
Historic Street Address: Second and Pine Streets
Media Type: Glass Plate Negatives
Source: Print and Picture Collection
Notes: "Often called 'Head House,' this building was constructed in 1804 at the head of the market sheds which extended southward on 2nd Street for a distance of two blocks to South Street. The original sheds dated from 1745. This photograph and the next show the transformation wrought by various late nineteenth-century architectural excrescences which have since been removed. In the 1960s the buildings were restored to their original appearance and designated historical landmarks."--OPEP, p. 45.
Notes: The building with tower on the roof; weather vane on tower; clock on side of building. Added overhanging rooves above the sidewalk on either side. Dog in the street; people standing in foreground; a child is looking at the camera.
Bibliography: Reprinted in: Old Philadelphia in early photographs, 1839-1914/edited by Robert F. Looney. New York: Dover Publications, c1976.