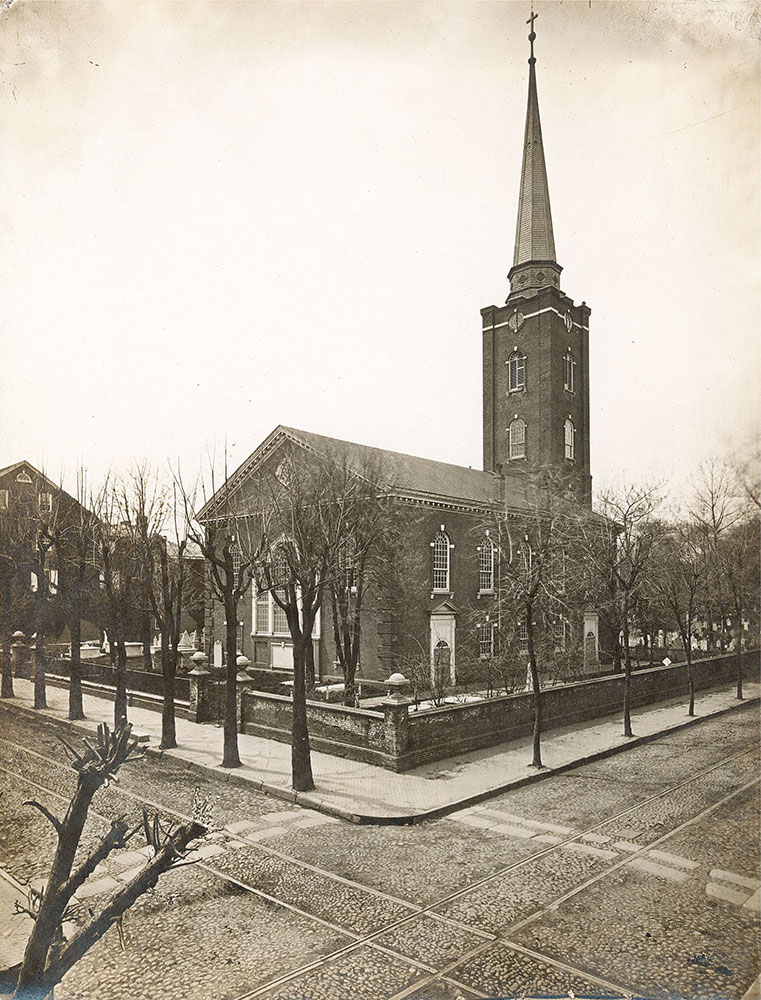 Item No: pdcl00045
Title: St. Peter's Church, Pine Street at 3rd
Additional Title: Saint Peter's Church, Pine Street at 3rd, circa 1870
Historic Street Address: Third and Pine Streets
Media Type: Photographic Prints
Source: Print and Picture Collection
Notes: "The building of this church was begun in 1758 and completed in 1761, except for the tower and spire which were added in 1842. The ground was given by Thomas and Richard Penn. It was originally conceived as a chapel of Christ Church, the mother church, at 2nd and Market Streets. In its yard are buried many patriots, among them Stephen Decatur, the naval hero, and Charles Willson Peale, the great American painter."--OPEP, p. 48.
Notes: The church on the corner surrounded by a low brick wall. Trees line the sidewalk and streetcar tracks are in the foreground.
Bibliography: Reprinted in: Old Philadelphia in early photographs, 1839-1914/edited by Robert F. Looney. New York: Dover Publications, c1976.