Close-up map of Prydain, for The High King 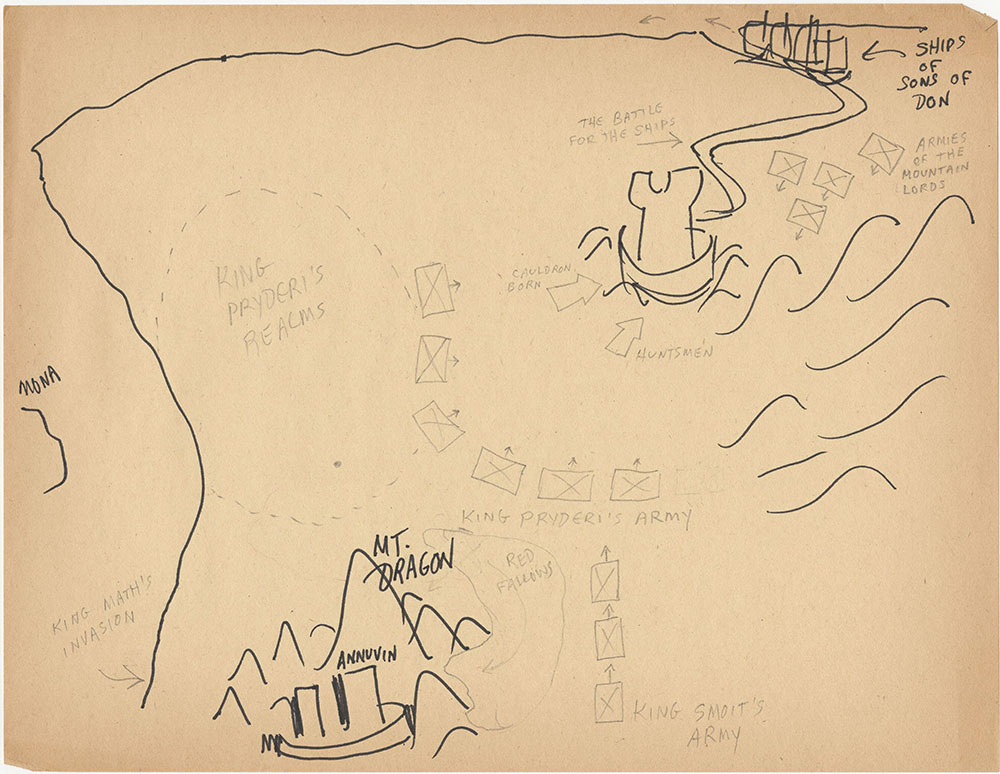 In his creation of the fictional land of Prydain, Lloyd Alexander was inspired by Welsh mythology, especially the Mabinogion.