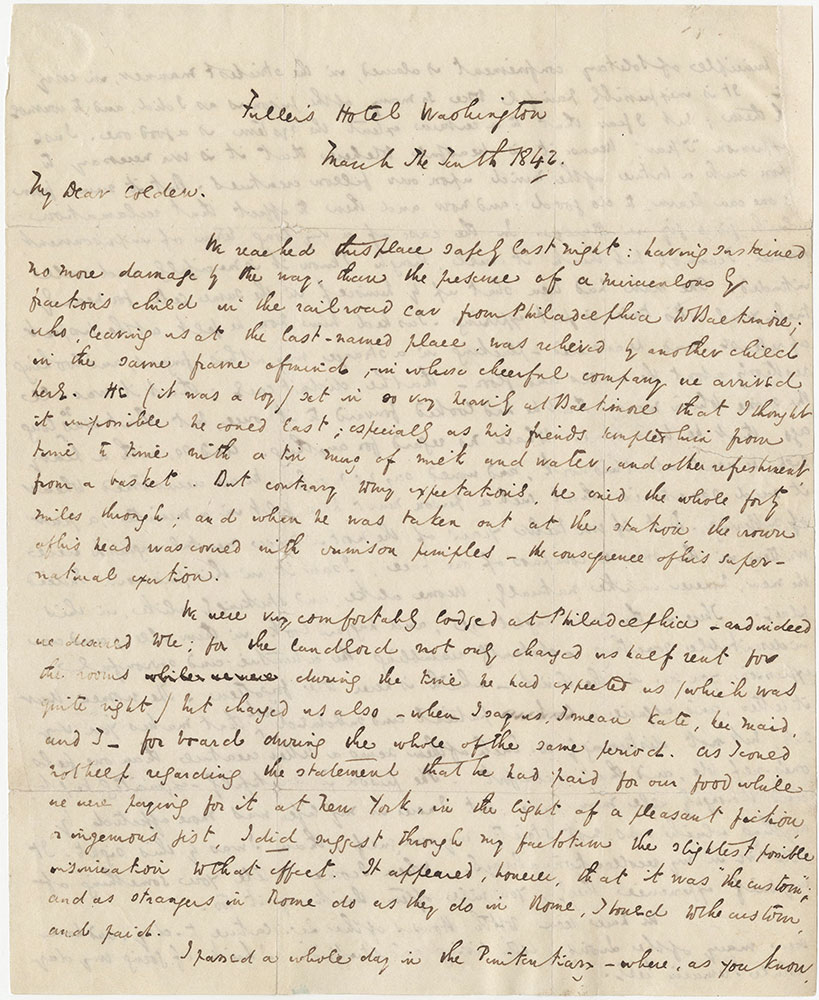 Our route after that - whether it shall be back to New York, and so into Canada, or back to Baltimore, or back to Philadelphia, and thence to Pittsburgh and thereabout - I have not decided. But from Charleston, I will write to you again when I have received your packet there; with full and particular details.
God Bless you. Give our united loves to Mrs. Colden and to Mrs. Wilkes, and to "Mrs. S", and Doctor Wilkes, and all friends - not forgetting the dear children and Nela Gibbs, to whom I beg my especial regards. We often talk of you and yours, and devoulty wsh you lived at Charleston as well as New York, and could be there when we are. But if our wishes could take effect, you would have Jactars in roving, so it's well they are nothing but affectionate breath. Ever my dear Colden
Faithfully Your friend
Charles Dickens 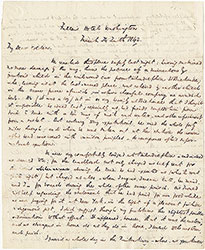 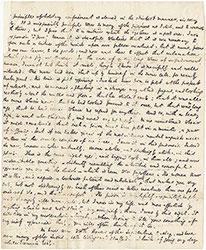 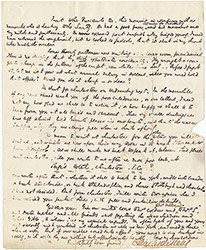 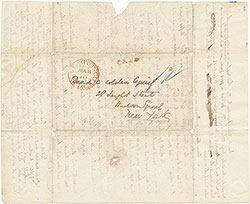