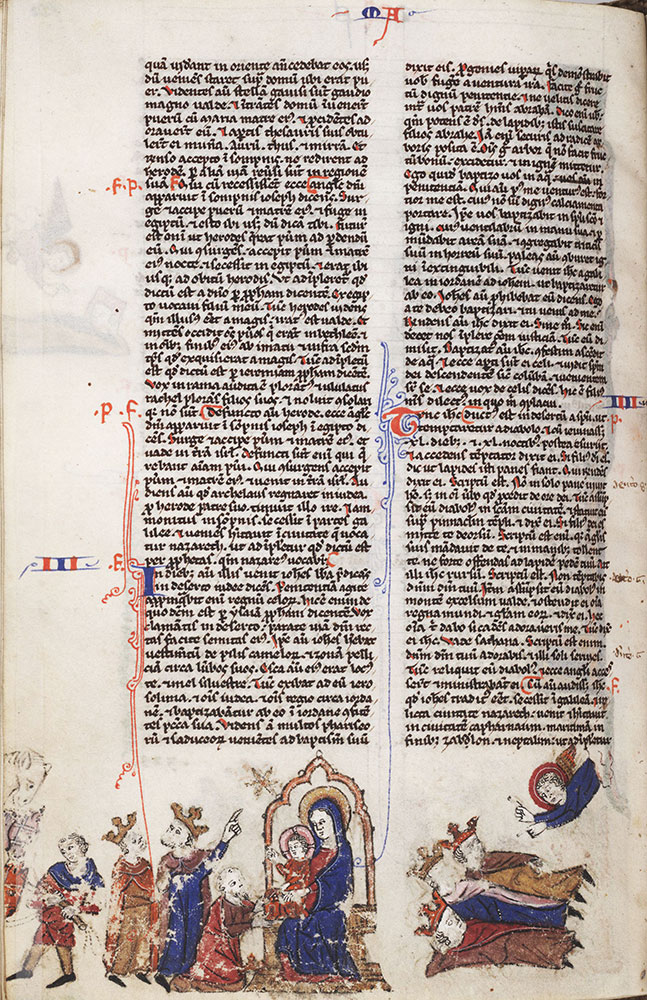 
Notes: Marginal scenes depicting the journey of the three Magi
Notes: The thirteenth century saw the development of small, portable Bibles. Romanesque Bibles had been large-format, grand productions. In order to create an easily carried, single-volume Bible the script became impossibly small. In this example, the scribe wrote about twelve lines to the inch.

Because so much had to be written in a small space, these portable Bibles typically contain relatively little illustration. In this manuscript, however, a slightly later Spanish artist painted in a series of scenes in the lower margins spanning several openings in the Gospels of Matthew and Luke. These scenes illustrate the events from Christ's infancy. Here, they include several scenes from the story of the three Magi.
Sirsi Catalog Key: 1583863
Country: Country:France
City/Town/Township:Paris 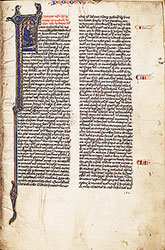 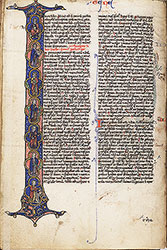 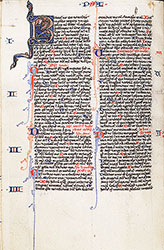 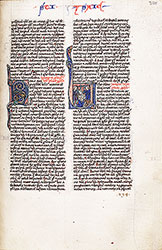 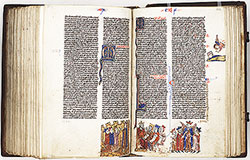 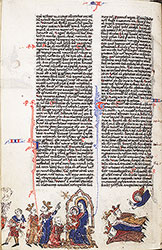 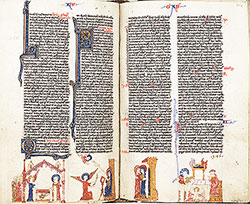 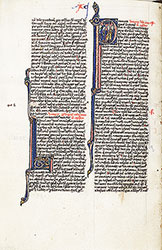