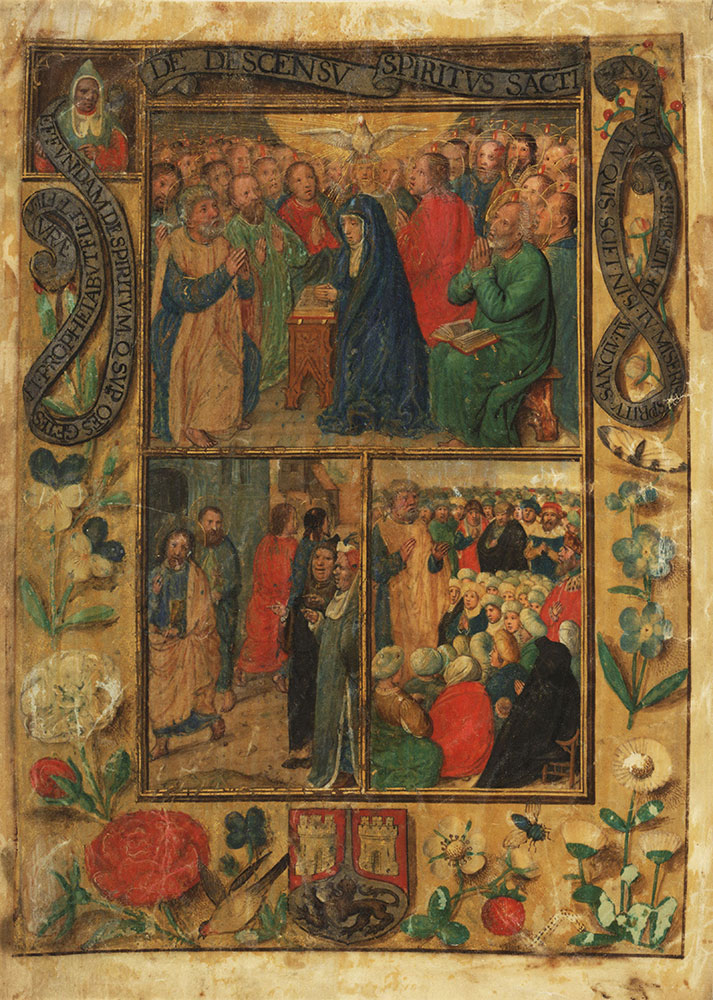 Simon Bening, the artist, was a celebrated Flemish illuminator. This leaf is from a now-lost early 16th-century Christian prayer book, and contains three miniatures and a fully decorated border. Depicted at top is the Pentecost (described in Acts 2:1-6), when the Holy Spirit descended upon the Apostles and Mary; at left is the mocking of the Apostles; and at right is Saint Peter preaching.


Notes: Simon Bening, the Flemish artist who painted these miniatures, was one of the most celebrated illuminators of his time. Based in the city of Bruges in what is today Belgium, Bening's reputation was international and drew the attention of royal and aristocratic patrons all over Europe. These miniatures, for example, come from a now lost manuscript that may have been made for Fadrique Enriquez de Ribera (d. 1538), a Spanish nobleman who had commercial ties with Flanders. The coat of arms in the lower margin represent the families of Enriquez and Ribera.
Notes: The Pentecost, the Mocking of the Apostles, and St. Peter preaching
Sirsi Catalog Key: 1483465
Country: Country:Flanders
City/Town/Township:Bruges 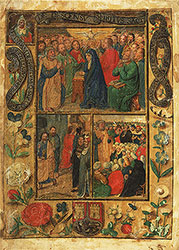 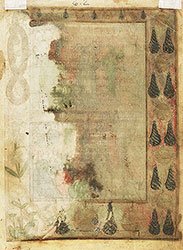