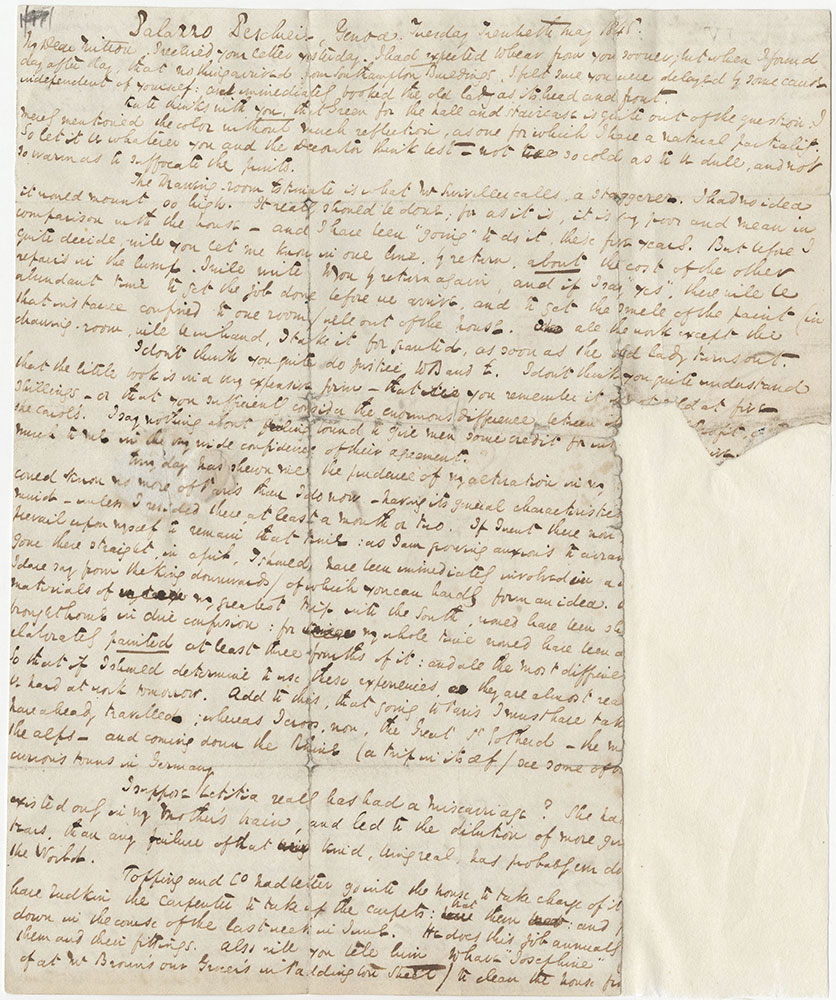 My Dear Mitton. I received your letter yesterday. I had expected to hear from you sooner, but when I found, day after day, that nothing arrived from Southampton Buildings, I felt sure you were delayed by some cause independent of yourself: and immediately booked the old lady as its head and front.
Kate thinks with you, that Green for the hall and staircase is quite out of the question. I merely mentioned the color without much reflection, as one for which I have a natural partiality. So let it be whatever you and the Decorator think best - not so cold as tobe dull, and not so warm as to suffocate the prints.
The Drawing-room Estimate is what Mr. Swiveller calls, a Staggerer. I had no idea it would mount so high. It really should be done; for as it is, it is very poor and mean in comparison with the house - and I have been "going" to do it these five years. But before I quite decide, will you let me know in one line, by return, about the cost of the other repairs in the lump. I will write to you by return again, and if I say "yes", there will be abundant time to get the job done before we arrive, and to get the smell of the paint (in that instance confined to one room) well out of the house. All the work except the drawing-room, will be in hand, I take it for granted, as soon as the old lady turns out.
I don't think you quite do justice to B and E. I don't think you quite understand that the little book is in a very expensive form - that you remember it is not sold at five shillings - or that you sufficiently consider the enormous difference between its [total] Profit, and the Carol's. I say nothing about feeling bound to give men some credit for [intending to give so] much to me in the very wide condfidence of their agreement.
Every day has shewn me the prudence of my alteration in my [travelling plans. I] could know no more of Paris than I do now - having its general characteristics [already in my] mind - unless I resided there, at least a month or two. If I went there now [I could not possibly] prevail upon myself to remain that time: as I am anxious to arran [ge     If I had] gone there straight, in April, I should have been immediately involved in a [     (and) I dare say from the King downwards] of which you can hardly form an idea. [And besides this, all the] materials of my greatest trip to the South, would have been sh[uffled together and] brought home in dire confusion: for my whole time would have been a [    But now I have] elaborately painted at least three fourths of it: and all the most difficul[t part is already done.] So that if I should determine to use these experiences, they are almost rea[dy now and I shall] be hard at work tomorrow. Add to this, that going to Paris I must have tak[en the route that I] have already travelled; wheras I cross, now, the Great St. Gotherd - the m[ost tremendous pass in] the Alps and coming down the Rhine (a trip in itself) see some of [       ] curious towns in Germany.
I suppose Letitia really had had a Miscarriage? She ha[d one before that] existed only in my Mother's brain, and led to the dilution of more gu[shing floods of] tears, than any failure of that kind, being real, has probably ever do[ne in the whole history of] the World.
Topping and Co. had better go into the house to take charge of it [and you had better] have Rudkin the Carpenter to take up the carpets: beat them: and p[ut all of them] down in the course of the last week in June. He does this job annually [and knows all about] them and their fittings. Also will you tell him to have "Josephine" [who is to heard] of at Mr. Brown's our Grocer's in Paddington Street) to clean the house fro[m top to bottom including] paint and wainscoatting. This lady is also employed once a year, and also knows all about it. The process usually occupies eight or ten days. Of course she will not begin until the workmen have finished, or until our arrival is so near, as that we may find her all fresh and bright. Further, will you tell Topping to lay on the Gardener (he knows where he lives) to come and put the garden into perfect ofer, and afterwards to attend once a week as usual. I think there should be a coat of gravel on the walks; and if he [wants to put any plant]s in - he may. But I should wish this head of expence, certainly not to exceed £ including the fi]lling of the boxes for the Drawing-room windows, with the Stocks and other things [that he knows about. Sn]oxell in Chancery Lane may be sent to take down all the blinds, and clean, and [put them back. He] also is acquainted with his duties, and experienced in their discharge.
[All this app]ears, on paper, to be the Devil's own quantity of trouble: and I am afraid it will [be a world of trouble of]f paper. I shall be truly pleased to see you once more; and have pretty strong [hopes that you will find the] Caravan in blooming order. I was afraid we should lose our Cook, who was going to [be married but his religion] is in the way of a lawful and binding performance of the Ceremony with a Protestant, [so we are still] in hopes that she will return. Not only on her own account (for she would certainly be [unhappy) but because sh]e is a most capital Servant. I have some misgivings that she speaks Italian better than [I do, or at least mo]re fluently. Ever faithfully CD. 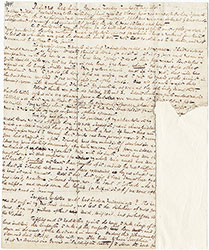 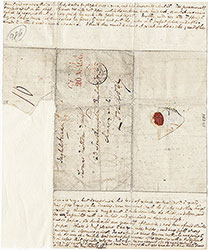