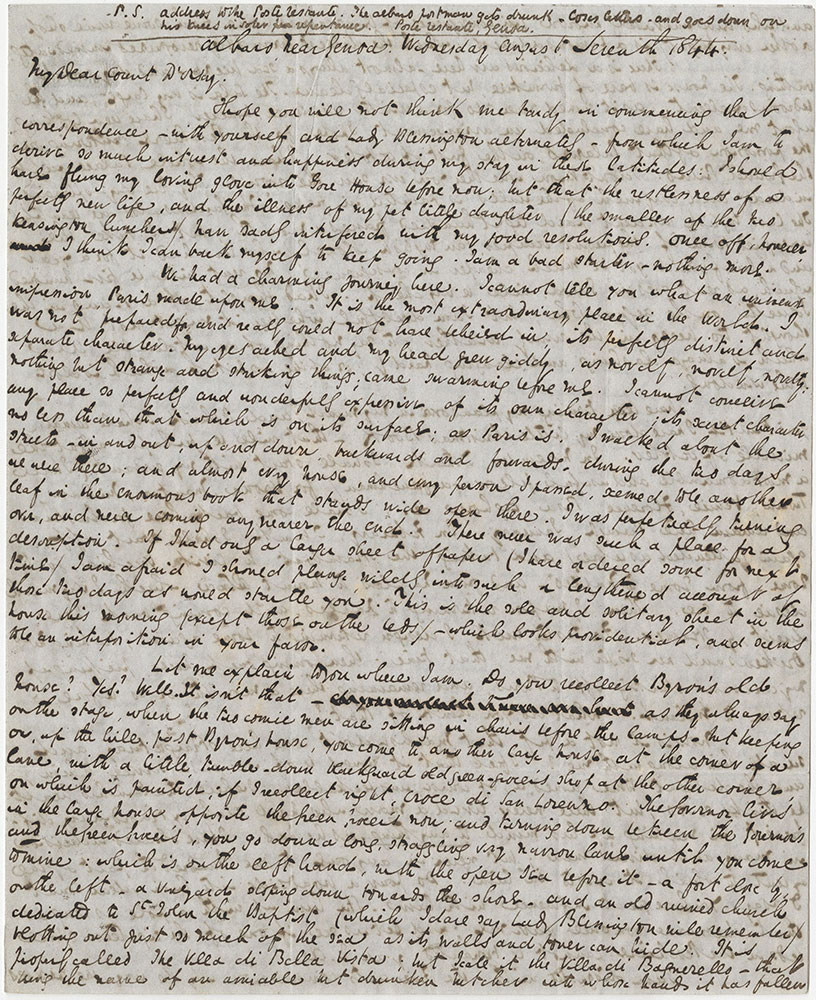 What Portraits are you painting? What figures are you modelling? Has that libellous artist - I am still strong on that point: feeble as I have become - finished his slander on Miss Power?

P.S. Address to the Poste Restante. The Albaro postman gets drunk - loses letters - and goes down on his knees in sober repentance. Post Restante, Genoa. 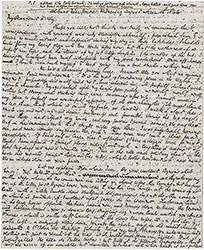 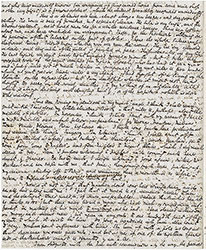 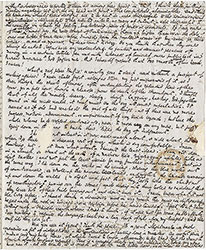 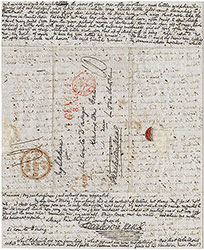