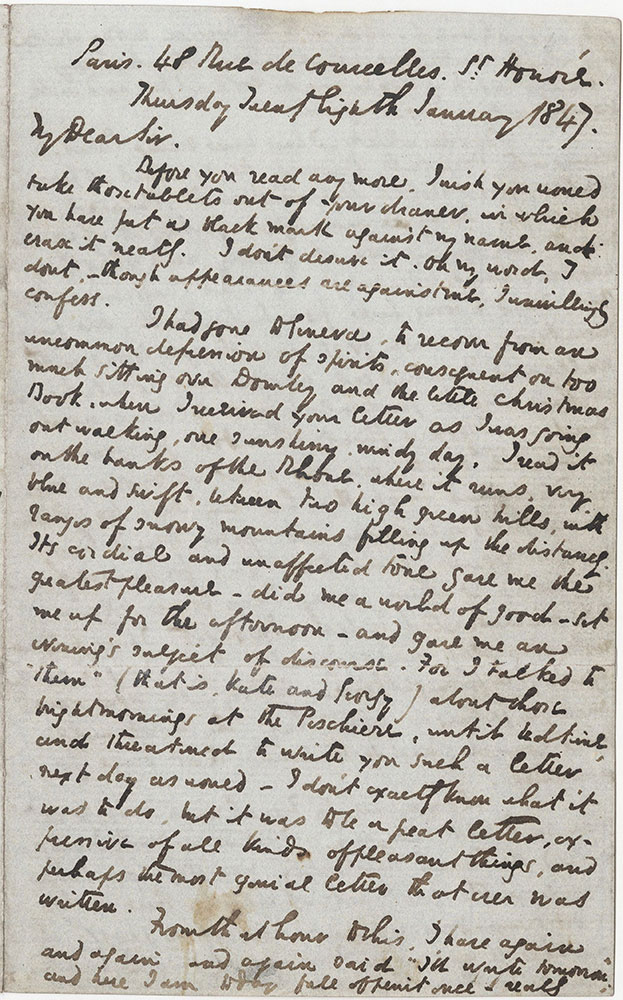 Before you read any more, I wish you would take those tablets out of your drawer, in which you have put a black mark against my name, and erase it neatly. I don’t deserve it. On my word, I don’t,--though appearances are against me, I unwillingly confess.

I had gone to Geneva, to recover from an uncommon depression of spirits, consequent on too much sitting over Dombey and the little Christmas Book, when I received your letter as I was going out walking, one sunshiny, windy day. I read it on the banks of the Rhone, where it runs, very blue and swift, between two high green hills, with ranges of snowy mountains filling up the distance. Its cordial and unaffected tone gave me the greatest pleasure—did me a world of good—set me up for the afternoon—and gave me an evening’s subject of discourse. For I talked to “them” (that is, Kate and Georgy) about those bright mornings at the Peschiere, until bed time, and threatened to write you such a letter next day as would—I don’t know exactly what it was to do, but it was to be a great letter, expressive of all kinds of pleasant things, and perhaps the most genial letter that ever was written.

From that hour to this, I have again and again and again said “I’ll write tomorrow”; and here I am today full of penitence—really sorry and shamed—and with no excuse but my writing life, which makes me get up and go out, when my morning’s work is done, and look at pen and ink no more until I begin again.

Besides which, I have been seeing Paris—wandering into Hospitals, Prisons, Dead-houses, Operas, Theatres, Concert Rooms, Burial-grounds, Palaces, and gaudy and ghastly sight has been passing fore me in a rapid Panorama. Before that, I had to come here from Switzerland, over frosty mountains in dense fogs, and through towns with walls and drawbridges, and without population, or anything else in particular but soldiers and mud. I took a flight to London for four days and went, and came back, over one sheet of snow—sea excepted; and I wish that had been snow too! Then Forster (who is here now, and begs me to send his kindest regards) came to see Paris for himself, and in shewing it to him, away I was borne again like an enchanted Rider. In short, I have had no rest in my play; and on Monday I am going to work again. A fortnight hence, the Play will begin once more; a fortnight after that, the Work will come round; and so the letters that I care for, go unwritten.

Do you care for French news?  I hope not, because I don’t know any. There is a melodrama called the French Revolution, now playing at the Cirque, in the first act of which there is the most tremendous representation of a people that can well be imagined. There are wonderful battles and so forth in the piece but, there is a power and massiveness in the Mob, which is positively awful. At another Theatre, Clarissa Harlowe is still the rage. There are some things in it, rather calculated to astonish the Ghost of Richardson, but Clarissa is very admirably played, and dies better than the original to my thinking—but Richardson is not great favorite of mine, and never seems to me to take his top-boots off, whatever he does. Several pieces are in course of representation, involving rare portraits of the English. In one, a servant called “Tom Bob”, who wears a particularly English waistcoat, trimmed with gold lace and concealing his ankles, does very good things in deed. In another, a Prime Minister of England who has ruined himself by Railway speculations, hits off some of our national characteristics very happily—frequently making incidental mention of “Vishmingster”—“Re Geenstreet”, and other places with which you are well acquainted. “Sir Fakson” is one of the characters in another play—English to the core—and I saw a Lord Mayor of London at one of the small Theatres the other night, looking uncommonly well in a Stage coachman’s waistcoat, the order of the garter, and a very low-crowned broad-brimmed hate, not unlike a dustman’s.

I was at Geneva at the time of the Revolution. The moderation and mildness of the successful party were beyond all praise. Their appeals to the people of all parties—printed and pasted on the walls—have no parallel that i know of, in history, for their real, good, sterling christianity, and tendency to promote the happiness of mankind. My sympathy is strongly with the Swiss Radicals. They know what Catholicity is; They see, in some of their own vallies, the poverty, ignorance, misery, and bigotry, it always brings in its train wherever is it triumphant; and they would root it out of their children’s way, at any price. I fear the end of the struggle will be that some Catholic Power will step in to crush the dangerously well-educated Republics (very dangerous to such neighbours) but there is a spirit in the people, or I very much mistake them, that will trouble the Jesuits these may years, and shake their altar-steps for them.

This is a poor return (I look down and see the end of the paper) for your letter, but in its cordial spirit of reciprocal friendship it is not so bad a one if you could read it as I do—and it eases my mind, and discharges my conscience. We are coming home, please God, at the end of March. Kate and Georgy send their best regards to you, and their loves to Mrs. and Miss Tagart, and the children. Our children wish to live, too, in your children’s remembrance. You will be glad, I know, to hear that Dombey is doing wonders, and that the Christmas Book shot far ahead of its predecessors. I hope you will like the last Chapter of No 5. If you can spare me a scrap of your handwriting in token of forgiveness—do. If not, I’ll come and beg pardon on the 31st. of March.

Cordially and Truly Yours 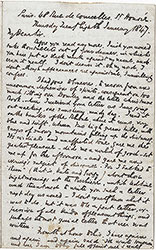 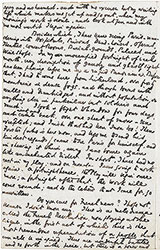 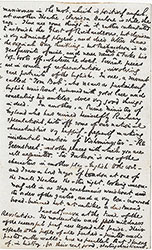 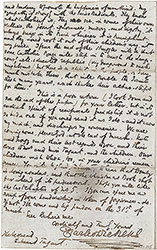