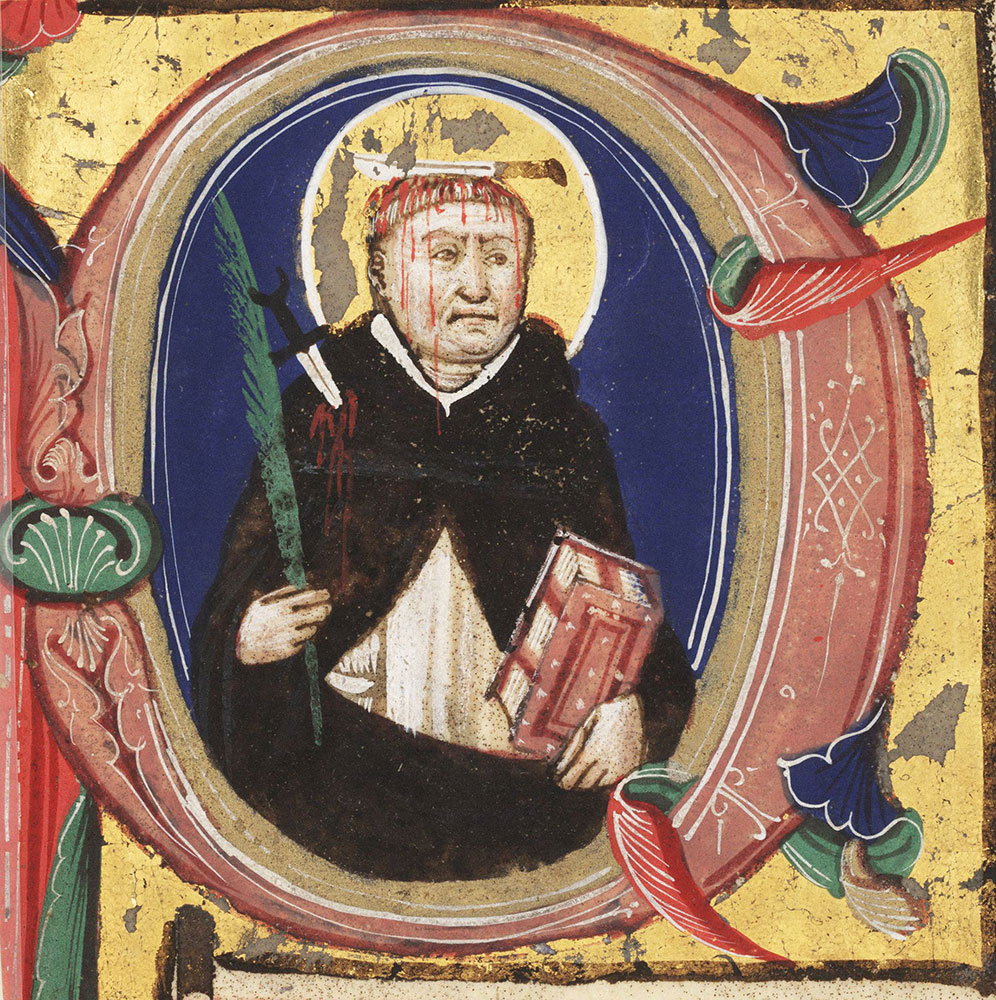 Item No: mcai260321
Title: Historiated initial P from an antiphonary, depicting St. Peter of Verona
Additional Title: Antiphonary
Script: Rotunda
Language: Latin
Folio Number: front 26:32
Source: Rare Book Department
Notes: Initial P with St. Peter of Verona
Notes: This cutting can be dated to before 1445.
Notes: This initial begins an unusual chant sung at the first response for the first nocturn of Matins of the feast of St. Peter of Verona (Apr. 29), "Petre sydus aureum summinas honorem candoris ...." St. Peter (b. 1206 - April 6, 1252), was a thirteenth-century Dominican preacher and inquisitor. According to his legend, he was attacked by members of the heretical sect known as the Cathars, whom St. Peter had preached vehemently against. His attackers struck him in the head with an axe. When the saint rose up to proclaim "Credo in Deum" (I believe in God), the first article of faith, his attackers then fatally stabbed him in the heart. In this initial, both wounds are represented.

This initial has been attributed to an artist working within the circle of the Venetian illuminator Cristoforo Cortese, active from ca. 1399 to before 1445 when a document refers to him as already dead. Several other leaves in the Free Library have also been attributed to Cortese and his circle.
Sirsi Catalog Key: 1677178
Country: Country:Italy
City/Town/Township:Venice 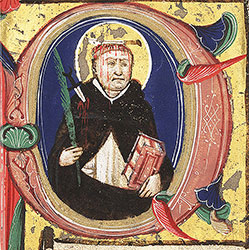 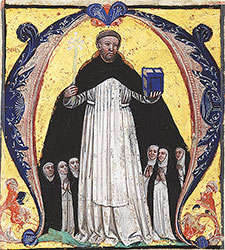 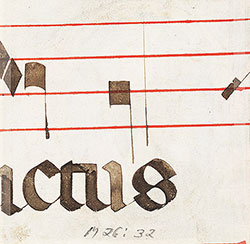 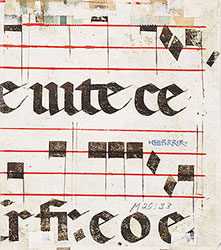 Cristoforo Cortese, or follower of - Artist. (1499). Historiated initial P from an antiphonary, depicting St. Peter of Verona. Retrieved from https://libwww.freelibrary.org/digital/item/3349