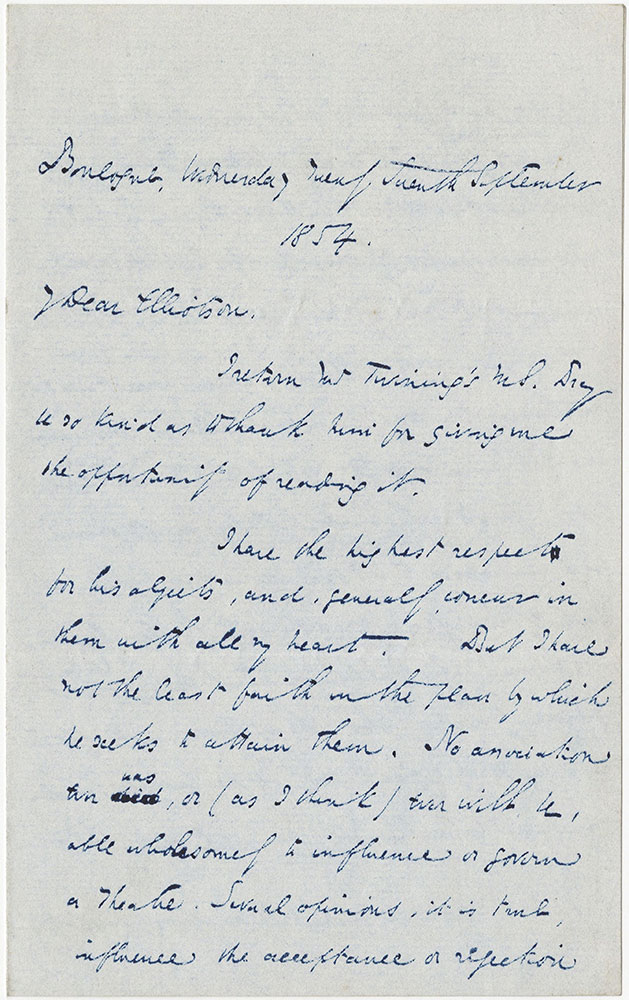 Boulogne, Wednesday Twenty Seventh September
1854
My Dear Elliotson.
I return Mr. Twinning's MS. Pray be so kind to thank him for giving me the opportunity of reading it.
I have the highest respect for his objects, and, generally, concur in them with all my heart. But I have not the least faith in the plan by which he seeks to attain them. No association ever was, or (as I think) ever will be, able wholesomely to influence or govern a Theatre. Several opinions, it is true, influence the acceptance or rejection of plays at the Français; but they are the opinions of trained dramatic Artists, thoroughly acquainted with the peculiar necessities and machinery of the stage, and perfectly aware of what it can and what it cannot convey to the audience.
If the Ortho Dramatic Society were ten thousand strong, and had all the learned Societies fused into it, the Public would still judge for itself, and put plays in its own lists according to its own discretion, and be perfectly indifferent to the Society's classification. The drama has declined and Actors have most grievously declined; the improvement of both, rests with the great body of the people, and can never be achieved by any self-constituted body.
As to the proposed Address, I don't know who would undertake to write it according to the Ortho Dramatic Society's recipe; but I am much mistaken if any competent writer would accept his directions from any such tribunal. It might set a good many writers to work by paying them--but its funds should be very large, for it would find it necessary to pay the readers too.
Always Faithfully Yours
Dr. Elliotson Charles Dickens 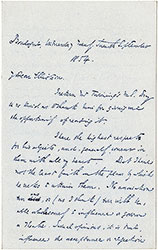 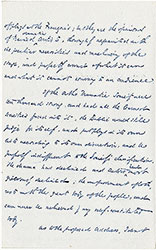 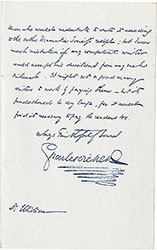