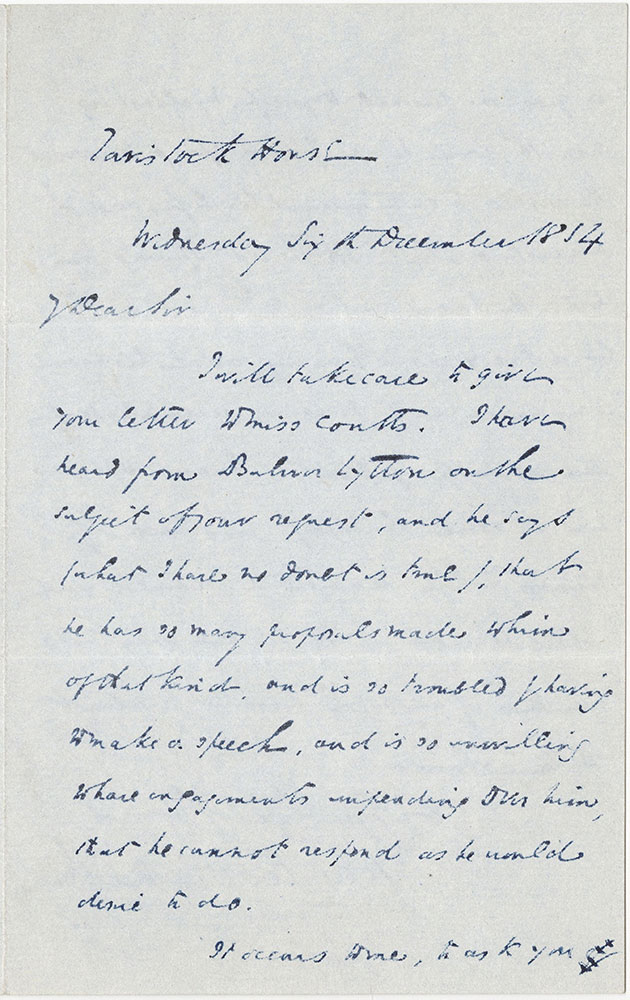 Tavistock House
Wednesday Sixth December 1854
My Dear Sir
I will take care to give your letter to Miss Coutts.  I have heard from Bulwer Lytton on the subject of your request, and he says (what I have no doubt is true), that he has so many proposals made to him of that kind, and is so troubled by having to make a speech, and is so unwilling to have engagements impending over him, that he cannot respond as he would desire to do.
It occurs to me, to ask you a question personal to myself.  My eldest boy, now 18, comes home from Leipzig tomorrow.  He wishes to enter mercantile life, and I am casting about for the best opening for him.  He has been educated at Eton, has lived two years in Germany, and his name is my name, and he is an accomplished and creditable fellow.  I want to place him in some thoroughly good house of business where he would be esteemed, and where he could make his own way.  Do you know of any such house in or about Birmingham?
Very faithfully Yours
Charles Dickens 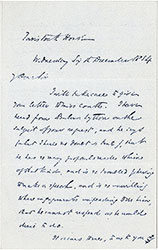 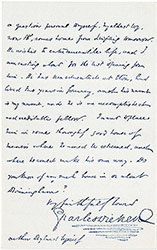 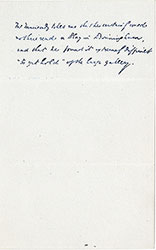