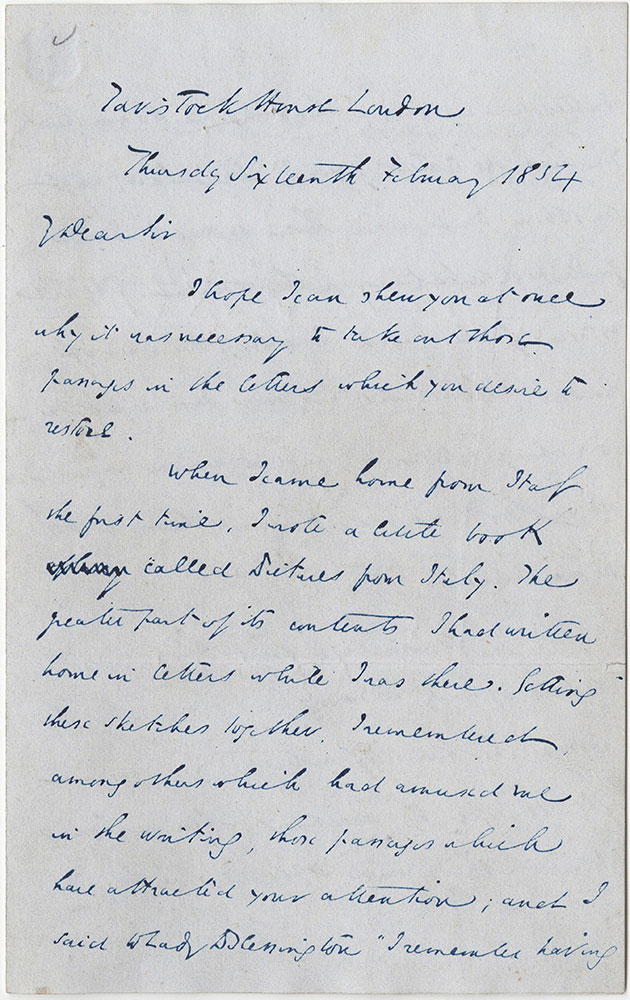 Tavistock House London
Thursday Sixteenth February 1854
My Dear Sir
I hope I can shew you at once why it was necessary to take out those passages in the letters which you desire to restore.
When I came home from Italy, the first time, I wrote a little book called Pictures from Italy.  The greater part of its contents I had written home in letters while I was there.  Getting these sketches together, I remembered among others which had amused me in writing, those passages which have attracted you attention; and I said to Lady Blessington "I remember having written such and such things to you.  Do you think you have the letters by you?"  She had, and lent them to me, and those extracts were published verbatim in the volume.  They are extremely well known to a large number of readers (the Volume has been since republished in my cheap edition), and it would unquestionably do your book no good to present them at second hand.
I assure you that I have no letters of Lady Blessington's by me which possess the kind of interest you describe.  They all refer to occasions when we have been together, and to people we have been unreserved about, or to other affairs of a confidential nature.  I should be most happy to render you the least assistance if it were within my power.
My Dear Sir
Faithfully Yours
Charles Dickens
Dr. Madden 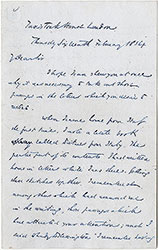 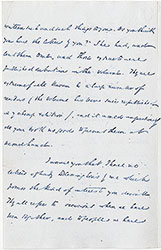 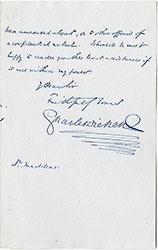