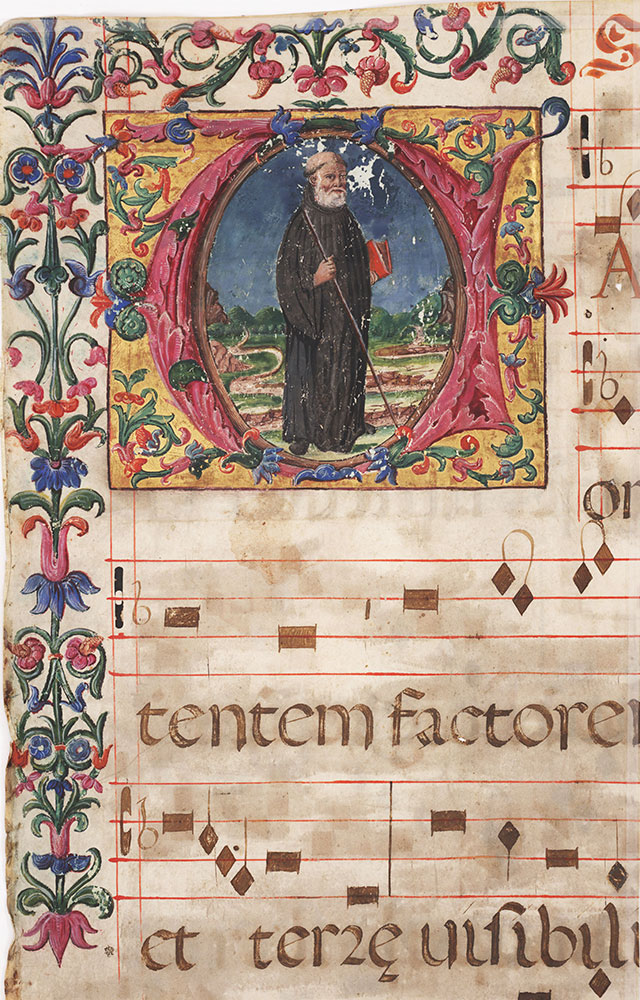 Item No: mcai700011
Additional Title: Gradual
Script: Rotunda
Language: Latin
Folio Number: front
Source: Rare Book Department
Notes: Initial C (or T?) with a Benedictine monk
Notes: The text following this initial the part of the Creed sung by the choir during Mass, "Patrem omnipotentem factorem caeli et terre ..." (The almighty Father, maker of heaven and earth). The original chant on this cutting, dating from the fifteenth century, was erased and written over sometime in the seventeenth or eighteenth century. Leaves that have been the subject of such recycling efforts to conserve parchment are known as palimpsests, from the Greek word "palimpsestos" meaning "scraped again." The later scribe kept the beautifully illuminated initial, however, which originally began a chant used in the liturgy of a feast dedicated to a Benedictine monk.
Sirsi Catalog Key: 1652271
Country: Country:Italy
City/Town/Township:Ferrara 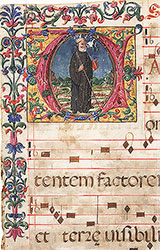 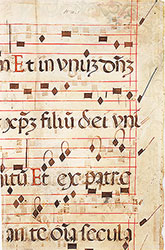