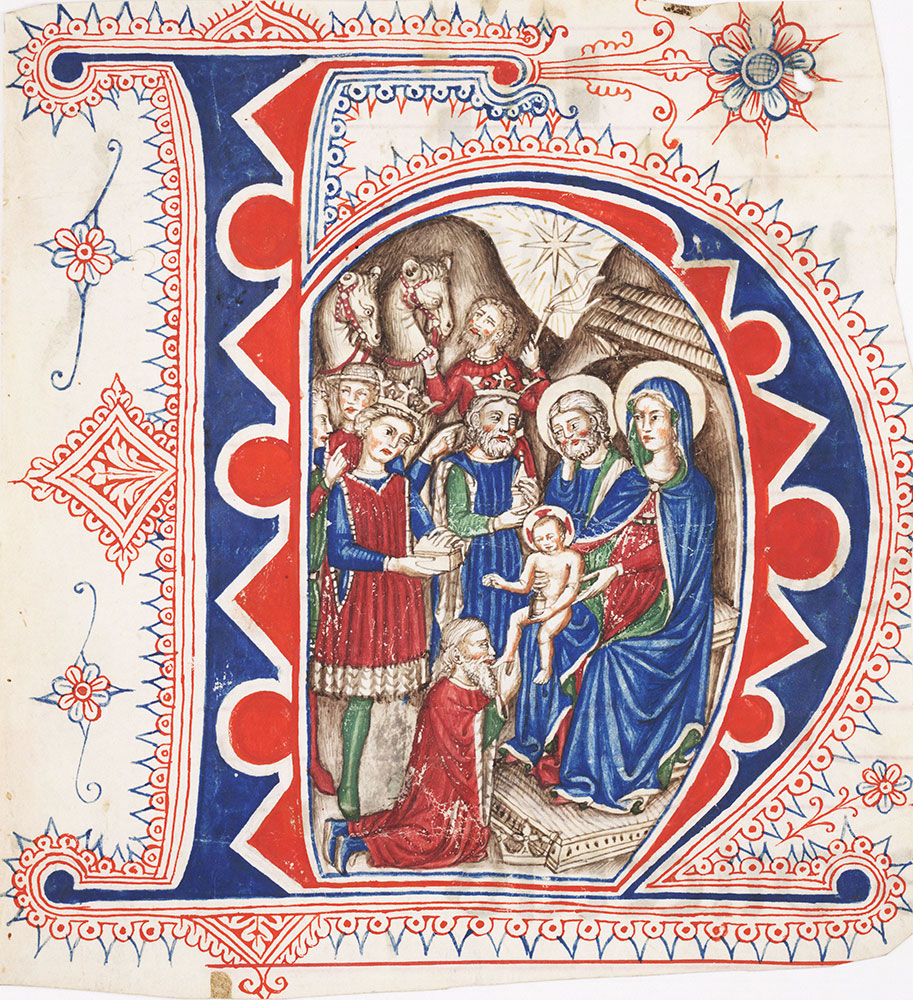 Item No: mcai460161
Additional Title: Antiphonary
Language: Latin
Folio Number: front
Source: Rare Book Department
Notes: Initial H with the Adoration of the Magi
Notes: This initial begins the first response of the first nocturn of Matins for the feast of the Epiphany (Jan. 6), "Hodie in Jordane baptizato Domino..." (Today, when the Lord had been baptized in the Jordan). The inclusion of Joseph, the Virgin Mary's husband, points to changes in late medieval attitudes towards Christ's foster-father. Traditionally, Joseph would only infrequently appear in scenes of the Nativity and the Adoration of the Magi, and when he did, he was often depicted as a crippled old man or sometimes more negatively as an inept buffoon. As devotion in the late Middle Ages became more personal, however, theologians and, later, artists adopted a more positive attitude toward Joseph by giving him a more respectable image as the loving and attentive foster-father.
Sirsi Catalog Key: 1602891
Country: Country:Italy
Cardinal Point:northeastern 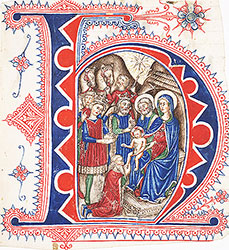 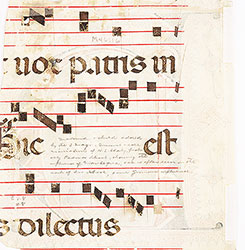