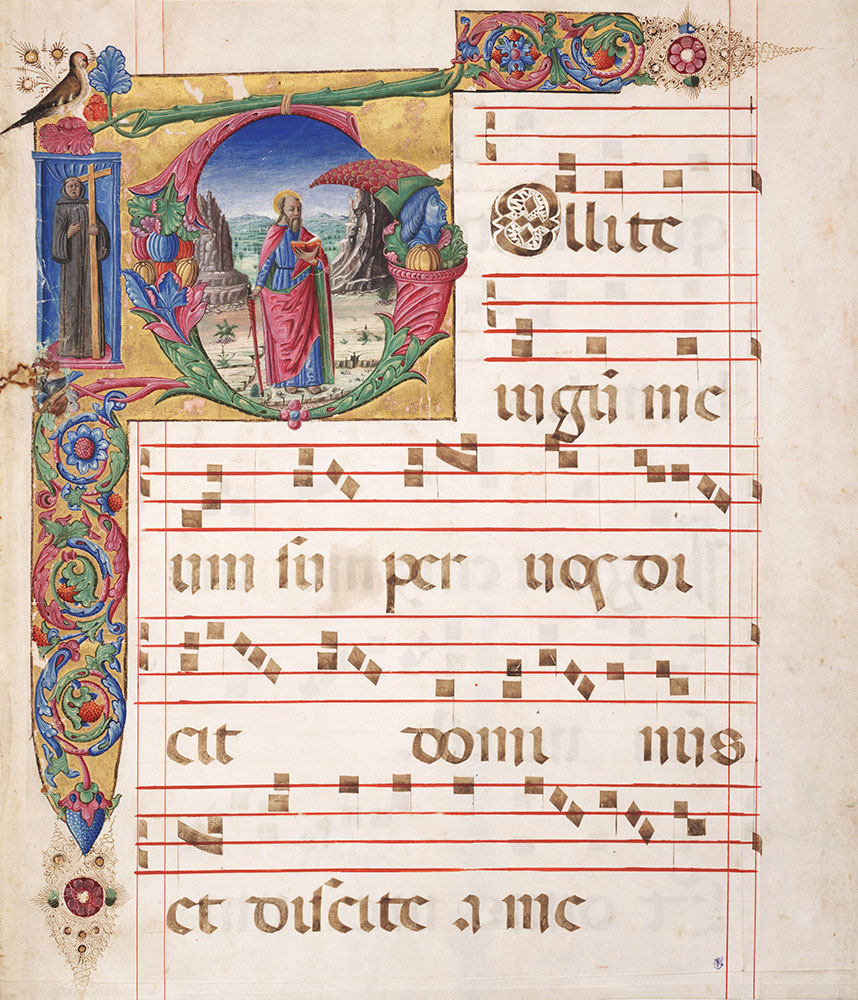 Item No: mcai700021
Additional Title: Antiphonary
Script: Rotunda
Language: Latin
Folio Number: front
Source: Rare Book Department
Notes: Initial T with St. Paul the Apostle
Notes: This initial begins the first response of the first nocturn of Matins for the Commemoration of St. Paul the Apostle (June 30), "Tollite iugum meum super vos dicit dominus ..."(Take my yoke upon you, says the Lord). Within the foliate forms of the initial is a profile view of a man's head. This is likely a portrait of Ercole I d'Este, Duke of Ferrara from 1471-1505. The powerful House of Este had ruled Ferrara since the thirteenth century. Under the patronage of Ercole and his predecessor Borso d'Este, the city became one of the great centers of Italian manuscript illumination in the fifteenth century.
Notes: This leaf can be dated to ca. 1470-1480.
Sirsi Catalog Key: 1652272
Country: Country:Italy
City/Town/Township:Ferrara 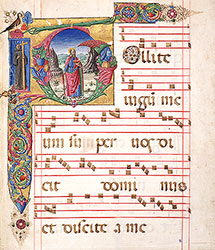 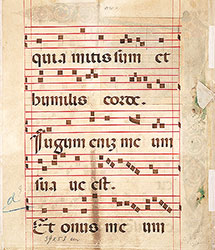