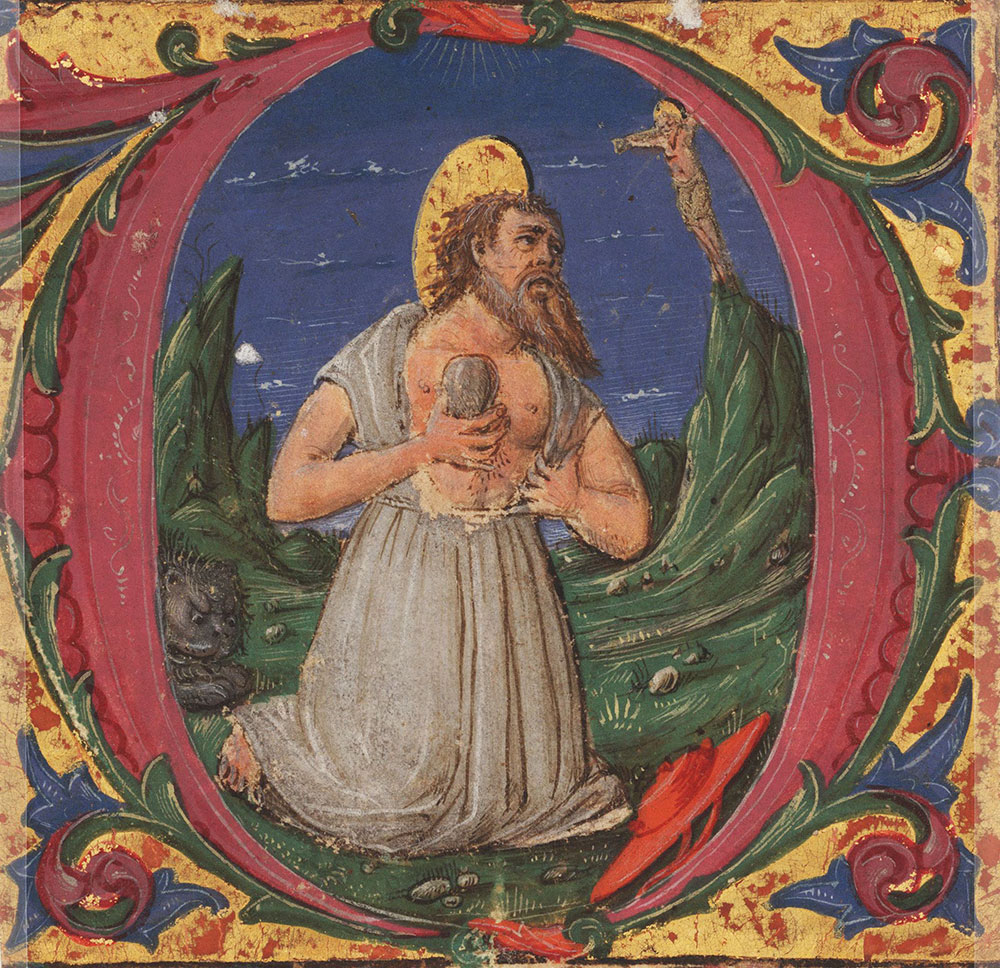 Item No: mcai270141
Title: Chronici canones
Script: Rotunda
Language: Latin
Folio Number: front
Source: Rare Book Department
Notes: Although the text on the reverse of the cutting is obscured, the rare iconography in the historiated initial suggests that it was removed from a manuscript containing Eusebius's "Chronici canones." Eusebius (ca. 275 - 339), bishop of Caesarea, is most well known for writing the early history of the Christian Church. Another of his great works is his "Chronicle," which claimed to give the whole of universal history to the year 325. The original Greek text did not survive antiquity, but the second part of the Chronicle, entitled the "Chronological Canons," was translated into Latin by St. Jerome. This initial E begins the first lines of Jerome's preface to the Chronological Canons, or the "Chronici canones" as it is known in Latin, "Eusebius Hieronymus Vicentio et Gallieno suis salutem ..." (May I, Eusebius Jerome, send greetings to Vicentius and Gallianus).
Notes: Initial E (?) with the Penitent St. Jerome
Notes: This cutting can be dated to ca. 1475.
Sirsi Catalog Key: 1595936
Country: Country:Italy
City/Town/Township:Verona 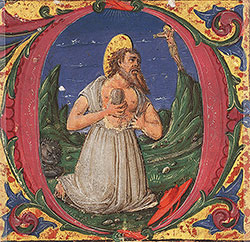 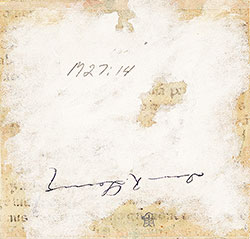