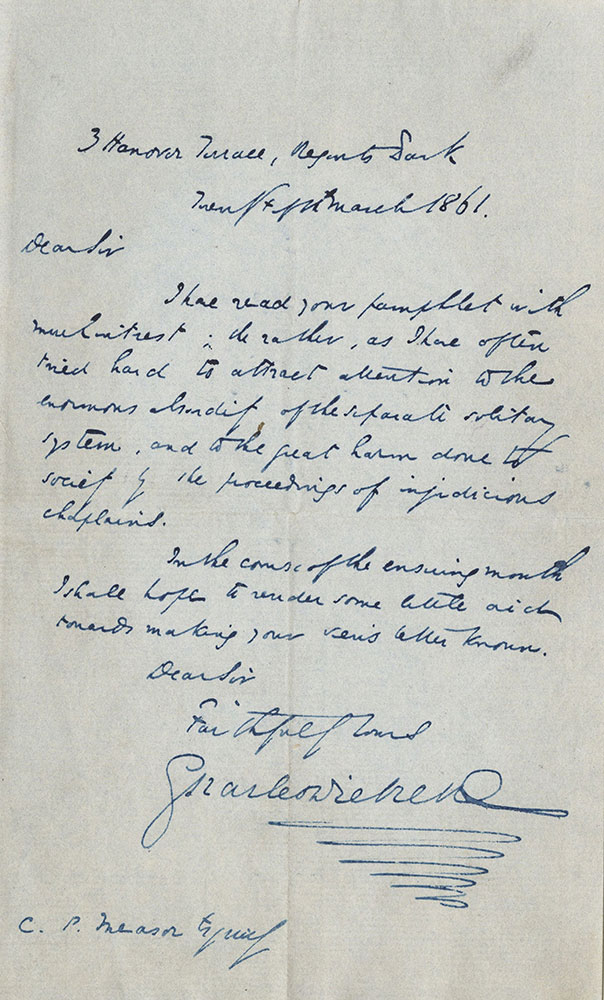 I have read your pamphlet with much interest; the rather, as I have often tried hard to attract attention to the enormous absurdity of the separate solitary system, and to the great harm done to society by the proceedings of injudicious chaplains.

In the course of the ensuing month I shall hope to render some little aid towards making your views better known.

"The main target of Measor's attack on prison-chaplains was the Rev. Joseph Kingsmill, Chaplain of Pentonville. Measor's comments on the guillibility of chaplains are close to CD's in "Pet Prisoners", HW, 27, Apr 50, 1, 97; as is his criticism of the separate system and of the "monstrously" increased cost of the convict prisons. Measor published further pamphlets on the punishment of convicts." (Pilgrim vol. 9, p. 395, n1-2) 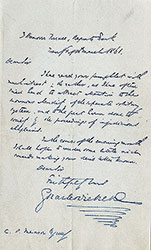