Miniature from a choir book, depicting the Trinity 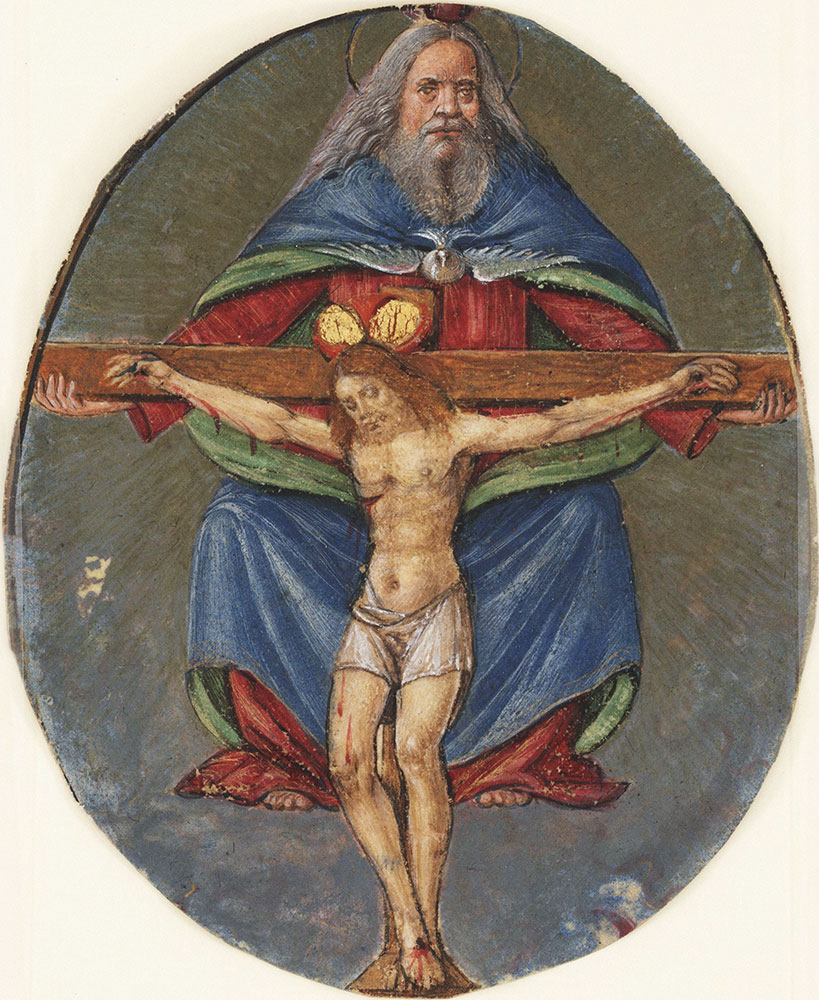 This image of the Trinity in which God the Father presents his Son crucified under the wings of the dove of the Holy Spirit, is also known as the Mercy-Seat Trinity. It emphasizes in sentimental terms the paternal nature of God and the human suffering of the Son, following certain tendencies in late medieval devotion to focus on the human nature of Christ.
Sirsi Catalog Key: 1596266
Country: Country:Italy
Region/County:Lombardy 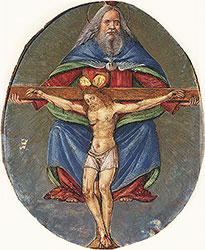 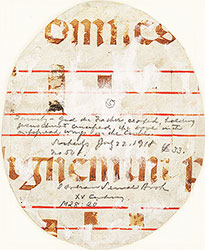 (1510). Miniature from a choir book, depicting the Trinity. Retrieved from https://libwww.freelibrary.org/digital/item/3616