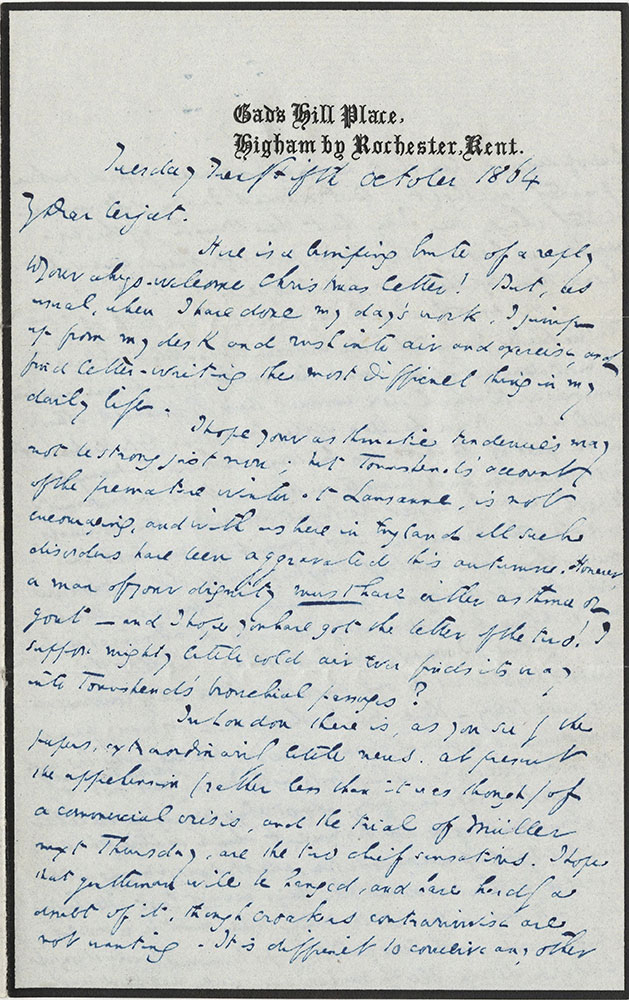 My Dear Cerjat.
Here is a limping brute of a reply to your always-welcome Christmas letter! But, as usual, when I have done my day's work, I jump up from my desk and rush into air and exercise, and find letter-writing the most difficult thing in my daily life.
I hope your asthmatic tendencies may not be strong just now; but Townshend's account of the premature winter at Lausanne, is not encouraging, and with us here in England all such disorders have been aggravated this autumn. However, a many of your dignity must have either asthma or gout - and I hope you have got the better of the two!. I suppose mighty little cold air ever finds its way into Townshend's bronchial passages?
In London there is, as you see by the papers, extraordinarily little news. At present the apprehension (rather less than it was though) of a commercial crisis, and the trial of Müller  next Thursday, are the two chief sensations. I hope that gentleman will be hanged, and have hardly a doubt of it, though croakers contrariwise are not wanting. It is difficult to conceive any other line of defence than that the circumstances proved, taken seperately, are slight. But a sound Judge will immediately charge the Jury that the strength of the circumstances lies in their being put together, and will thread tehm together on a fatal rope.
As to the Church, my friend, I am sick of it. The spectacle presented by the indecent squabbles of priests of most denominations, and the exemplary unfairness and rancour with which they conduct their differences, utterly repel me. And the idea of the Protestant Establishment, in the face of its own history, seeking to trample out discussion and private judgement, is an enormity so cool, that I wonder the Right Reverends, Very Reverends, and all other Reverends, who commit it, can look in one another's faces without laughing as the old Soothsayers did. Perhaps they can't, and don't. How our sublime and so-different Christian religion is to be administered in the future, I cannot pretend to say, but that the Church's hand is at its own throat, I am fully convinced. Here, mere Popery-there Methodism-as many forms of quarreling body-the Master of the New Testament put out of sight, and the Rage and fury almost always turning on the letter of obscure parts of the old Testament which itself has been the subject of accomodation, adaptation, varying interpretation without end-these things can not last. The Church that is to have its part in the coming Time must be a more christian one, with less arbitrary pretensions and a stronger hold upon the mantle of Out Saviour as He walked and taked upon this earth.
Of family intelligence, I have very little-Charles Collins continuing in a very poor way and shewing no signs of amendment, he and my daughter Katie went to Wiesbaden and thence to NIce where they are now. I have strong apprehensions that he will never recover, and that she will be left a young widow. All the rest are as they were; Mary neither married nor going to be; Georgina holding them all together, and perpetually corresponding with the distant ones; occassionally rallyings coming off here, in which another generation begins to peep above the table-I once used to think what a horrible thing it would be to be a Grandfather. Finding that the calamity falls upon me without my perceiving any other change in myself, I bear it like a man.
Mrs. Watson has bought a house in town, to which she repairs in the season for the bringing out of her daugher. She is now at Rockingham. Her eldest son is said to be as good an eldest son as ever was, and to make her position there a perfectly independent and happy one. I have not seen him for some years-her, I often see-but he ought to be a good fellow and is very popular in his neighbourhood.
I have altered this place very much since you were here, and have made a very pretty (I think an unusually pretty) Drawing Room. I wish you would come back, and see it. My being on the Dover line, and my being very fond of France, occasion me to cross the channel perpetually. Whenever I feel that I have worked too much, or am on the eve of over-doing it, and want a change, away I go by the Mail Train, and turn up in Paris, or anywhere else that suits my humour, next morning. So I come back as fresh as a Daisy, and preserve as ruddy a face as if I never bent over a sheet of paper. When I retire from the literary life, I think of setting up as a Channel-Pilot.
Pray give my love to Mrs. Cerjat, and tell her I should like to up the Great St. Bernard again, and shall be glad to know if she is open to another ascent. Our old days in Switzerland are ever fresh to me, and sometimes I walk with you again, after dark, outside the Hoel at Martigny while that poor girl (Lady mary Taylour, wasn't it?) who was always leaving her nightgown behind, which my man triumphantly produced at Inn-Doors as we were starting-sang within, very prettily. Wasn't it poor Haldimand who was made partially drunk by my having brandy mulled with the wine? It was neither I nor you, but it was somebody. And somebody's bedstead brok as he lay in his cool cell:-poor Watson's or yours. Lord, how the time goes! How many years ago!
"Don't fail-but I know you won't - in your Christmas letter; and at Christmas and in the New Year and always, think of my my Dear Cerjat as
Your affectionate friend
Charles Dickens 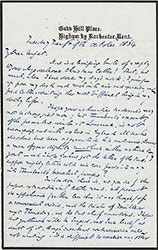 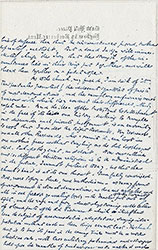 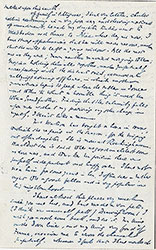 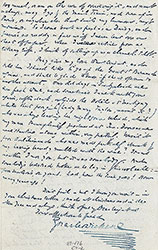 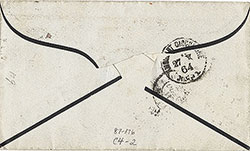