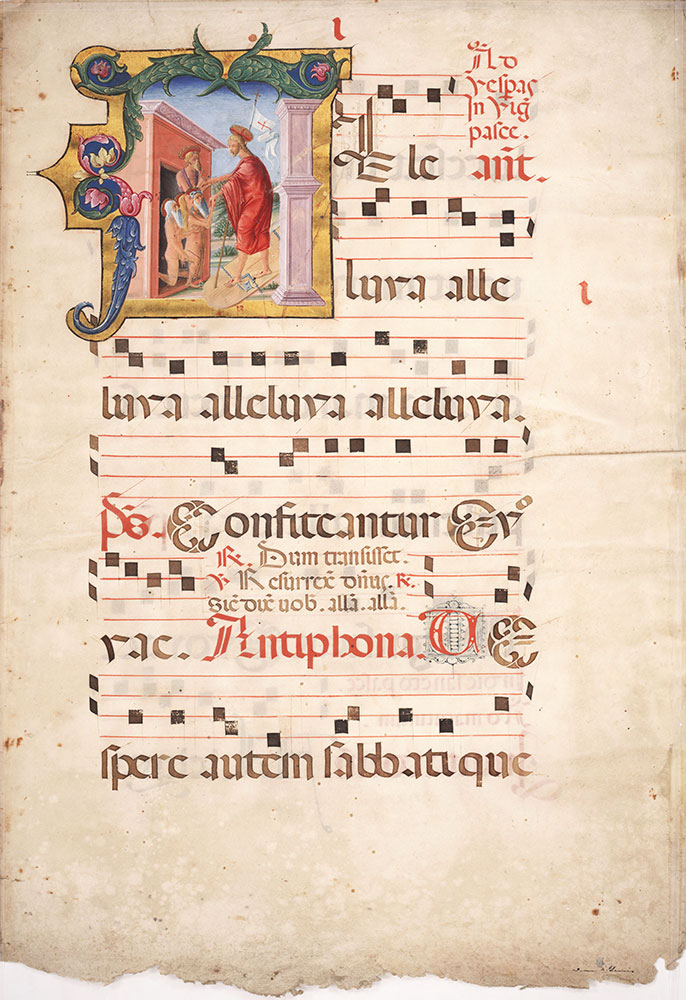 Item No: mcai700121
Additional Title: Antiphonary
Script: Rotunda
Language: Latin
Folio Number: front 70:12
Source: Rare Book Department
Notes: Initial N with the Harrowing of Hell
Notes: This initial begins the antiphon at Vespers for the Easter Vigil, "Alleluya alleluya alleluya alleluya ...." According to Christian belief, Christ descended into Hell before his resurrection. According to the tradition that developed in the Middle Ages, Christ not only descended into Hell but broke down the gates of Hell to release its captives who died before the time of grace. Here, Christ stands over the gate's door and reaches out to several naked souls who died before the benefit of grace, including Adam and Eve, Moses, and John the Baptist. Lewis E M 70:12-16 are from the same manuscript.
Country: Country:Italy
Region/County:Lombardy 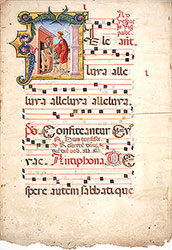 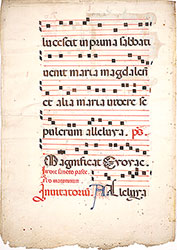 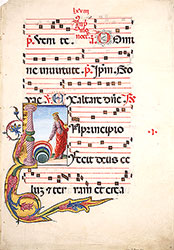 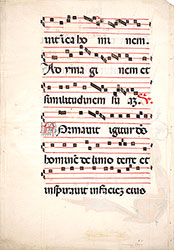 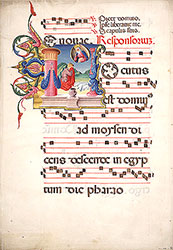 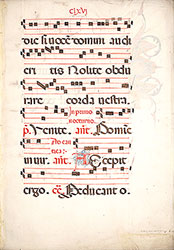 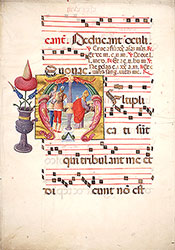 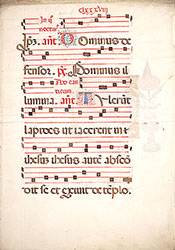 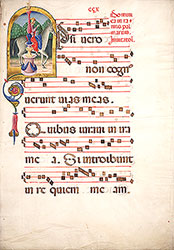 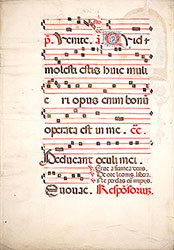