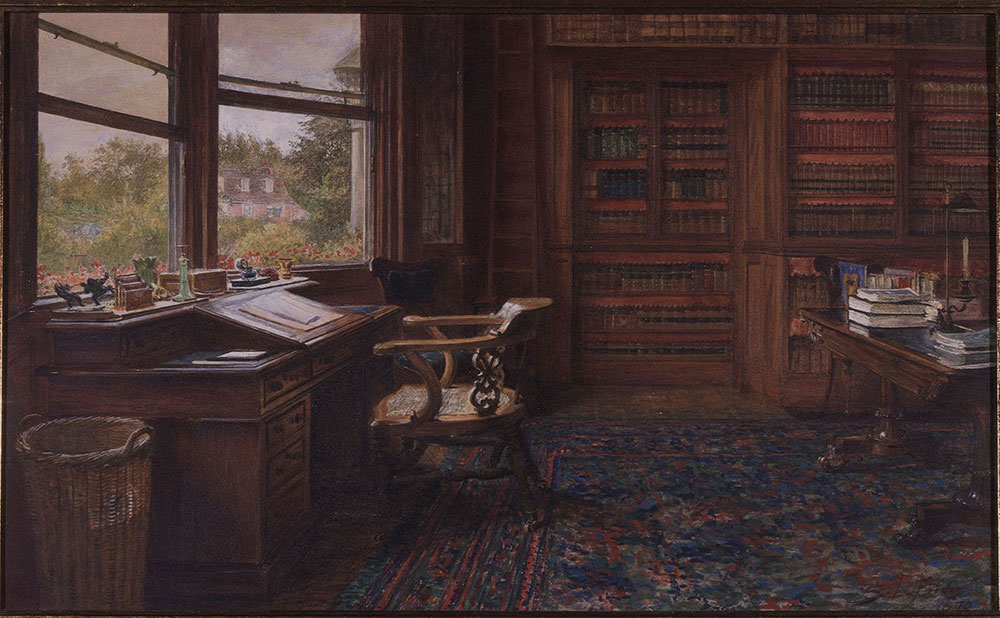 Fildes was the artist selected by Dickens to illustrate his last book, Edwin Drood. When the writer died suddenly on June 9th, 1870, Fildes made this picture. The study, one of three rooms Dickens customarily used for his writing, was “a bright, cheerful place, brilliantly lighted by three great window...in front of which was the desk at which Dickens sat, undazzled, in such a blaze of light as would have made anybody else in the world giddy and bewildered.” The walls were lined with what appeared to be books, though many of them were frauds with sham bindings and amusingly contrived titles which Dickens had invented. An unbelievably bad lithograph of an Old Master Dickens had bought as a youth bore on its frame the printed legend, “You are not expected to admire this.” 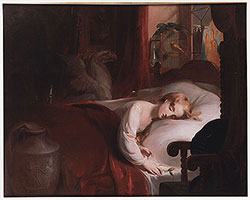 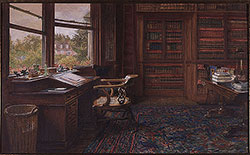