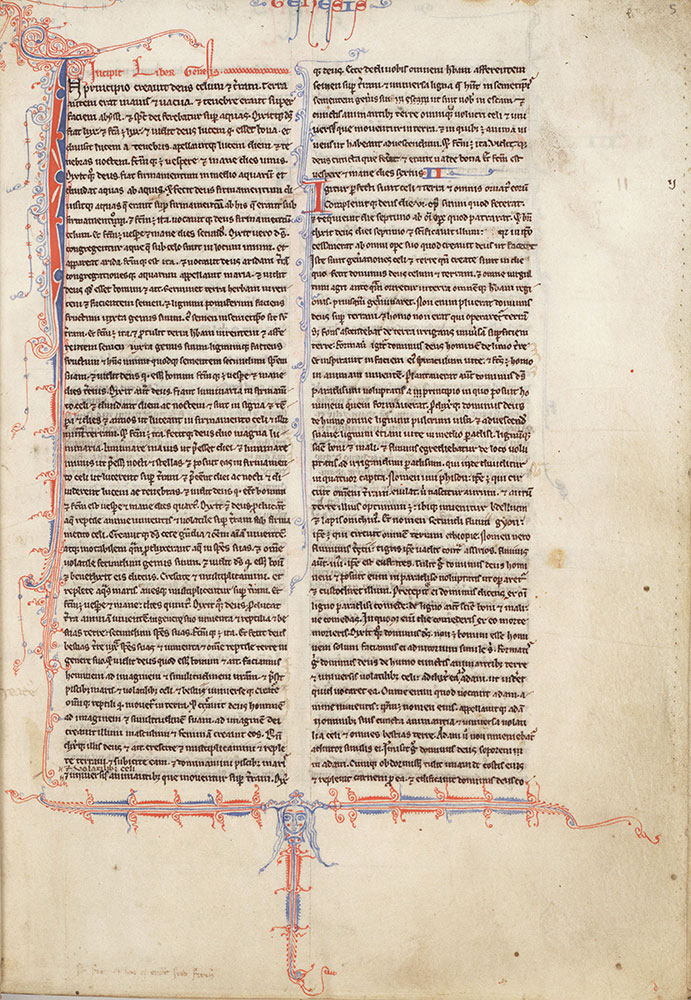 Because so much had to be written in a small space, these portable bibles contain very little, if any, illustration. Although there is no figural imagery, the manuscript is still quite decorative, with red and blue chapter numbers and running titles and elaborate flourished initials.
Sirsi Catalog Key: 1583652
Country: Country:France
City/Town/Township:Paris 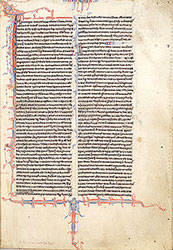 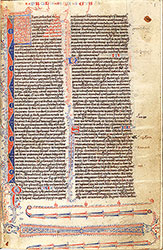 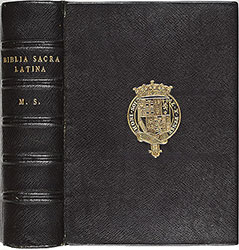 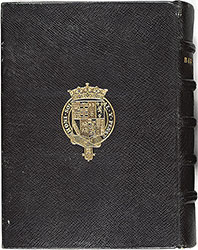