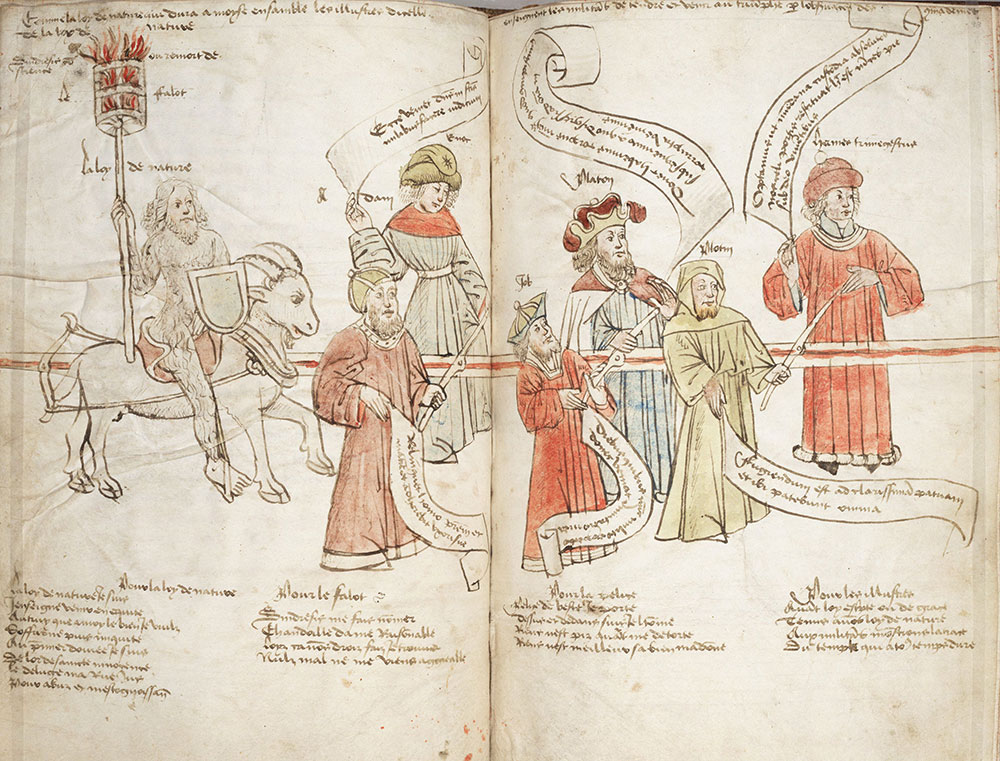 
Notes: Le Chemin de Paradis purports to be an explanation of the allegorical subject matter of two tapestries depicting a procession of the Church Militant that were commissioned by Jean Germain (ca. 1400-1461), bishop of Chalon-sur-Saône and counselor to Philip III of Burgundy, for his church. Also known as "Les deux pans de la tapisserie chrétienne" (The two panels of the Christian tapestry), the tapestry as well as Germain's text were intended for the instruction of clerics in preaching the faith. The allegory describes how Scripture and the interpretation of the Divine Word form the vehicle by which the Church is made triumphant. Five leaves of parchment inserted throughout the manuscript according to the different sections illustrate the text. The procession continues here with the first of four groups to pull the chariot. This group is Natural Law, defined in Christian moral theology as the law which existed before humanity's fall from grace. Here, it is represented in allegorical terms by a wild man mounted on a goat, who represents humanities base human instincts. He holds, however, the torch of intuitive reason, known in moral theology and identified by an inscription here as "synderesis," which suggests here the state of innocence before the fall. He is preceded by three figures from the Old Testament, Adam, Enoch and Job, and three pre-Christian philosophers, Plato, Plotinus and Hermes Trismegeste.
Notes: Natural Law
Sirsi Catalog Key: 1609892
Country: Country:France
Region/County:Burgundy ? 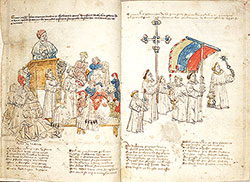 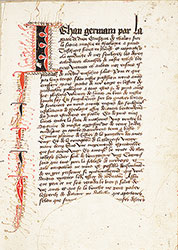 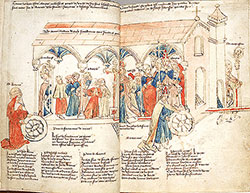 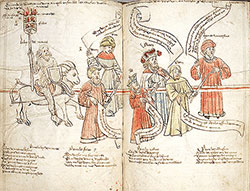 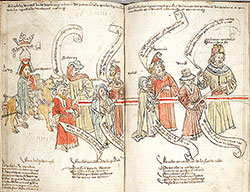 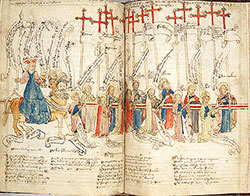 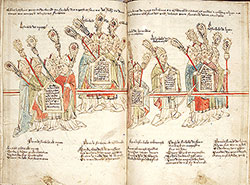