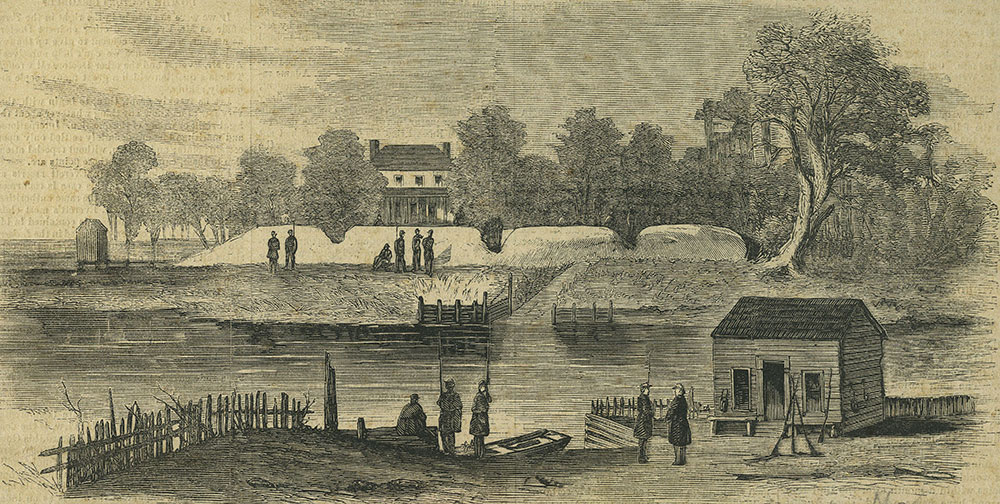 Woodcut of Port Royal Ferry, South Carolina, where a battle was fought on January 1, 1862 between the Union forces, under the command of Brig. Gen. I. Stevens and Capt. Rogers, and the Confederate forces commanded by Gens. Gregg and John Pope. The Union forces won the day. Image shows the ferry landing stages on both sides of the water channel. On the near bank soldiers stand with bayonetted rifles, and another sits on the wooden landing where a pontoon boat is moored. Two other men converse in front of a shed located at the water's edge. Rifles are stacked upright in front of the structure. On the far bank other soldiers gather on the earthwork built as a fortification. Behind them, on higher ground, sits a large house surounded by trees.