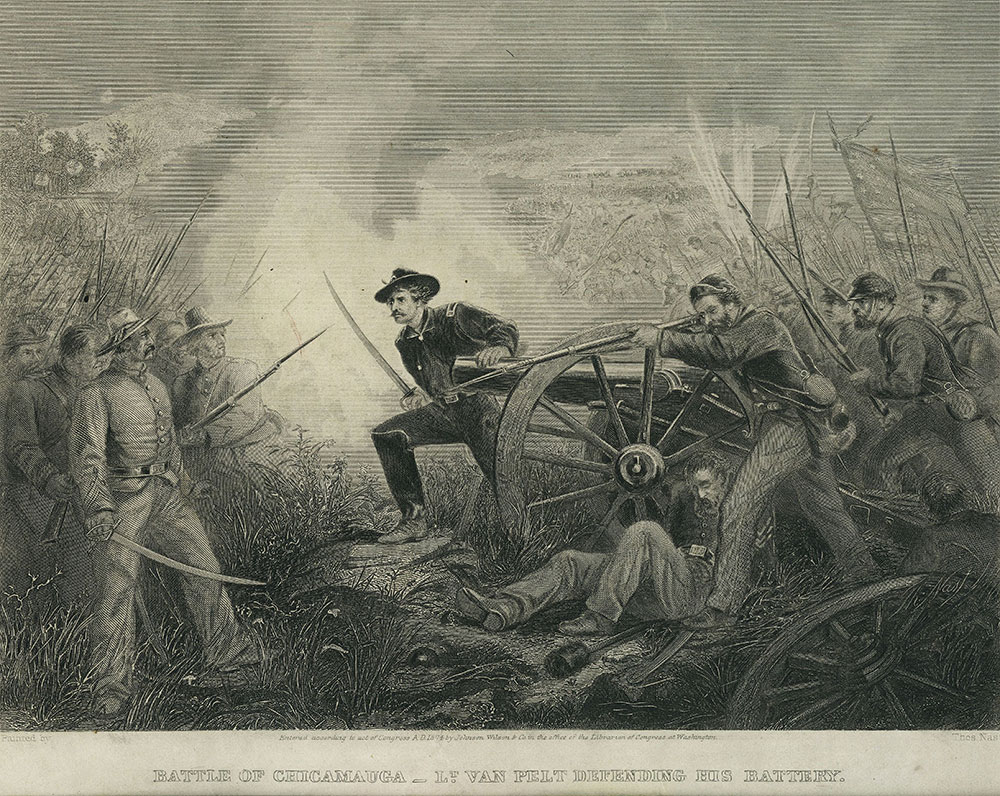 The Battle of Chickamauga, fought September 19th - 20th, 1863, marked the end of a Union offensive in southeastern Tennessee and northwestern georgia called the Chickamauga Campaign. The battle was the most significant Union defeat in the Western Theater of the Civil War and involved the second highest number of casualties in the war following the Battle of Gettysburg.

The battle was fought between the Union Army of the Cumberland under Major General William Rosencrans and the Confederate Army of Tennessee under General Braxton Bragg, and was named for West Chickamauga Creek which meanders near the battle area in northwest Georgia.

The image shows Lt. Van Pelt of the Union army, and his men, defending an artillery battery (center), against Confederate soldiers (left). One Union soldier lies lifeless against the carriage wheels of a large gun.