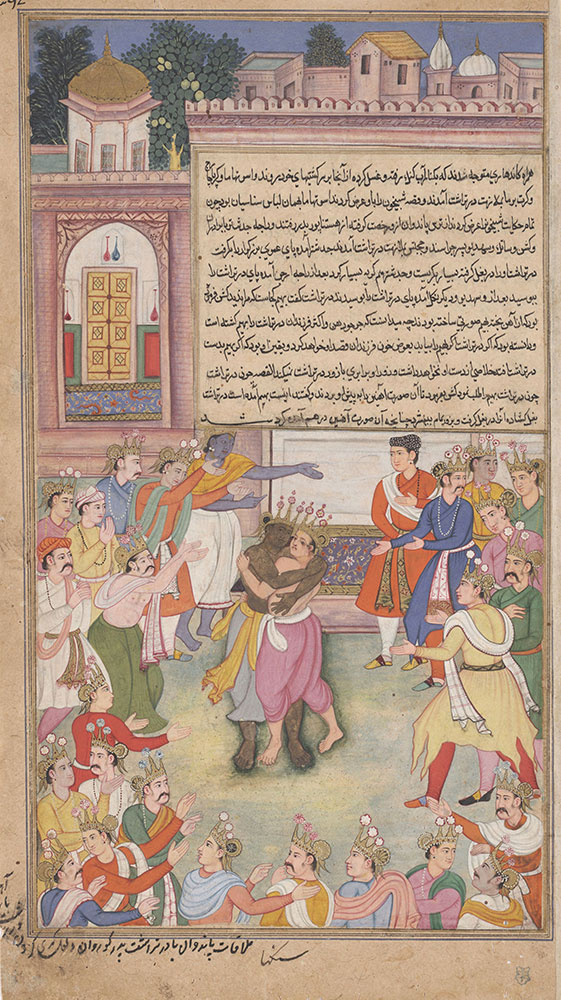 After the Pandavas win the war, they ask blind King Dhritarashtra, father of the slain Kauravas, to bless their ascension to the throne. Bhima approaches to embrace Dhritarashtra, but Krishna fears that, in his grief, the king might harm the Pandava. To protect Bhima, Krishna substitutes an iron statue shaped like the hero. Dhritarashtra crushes the statue. Through this violent act he dispels his anger and is finally able to give the Pandavas his heartfelt blessing. Of particular note in this painting is the forward- facing pose of the iron figure. The adept use of foreshortening in the depiction of the statue’s feet is rarely seen in Mughal painting and may have been adapted from a European source.