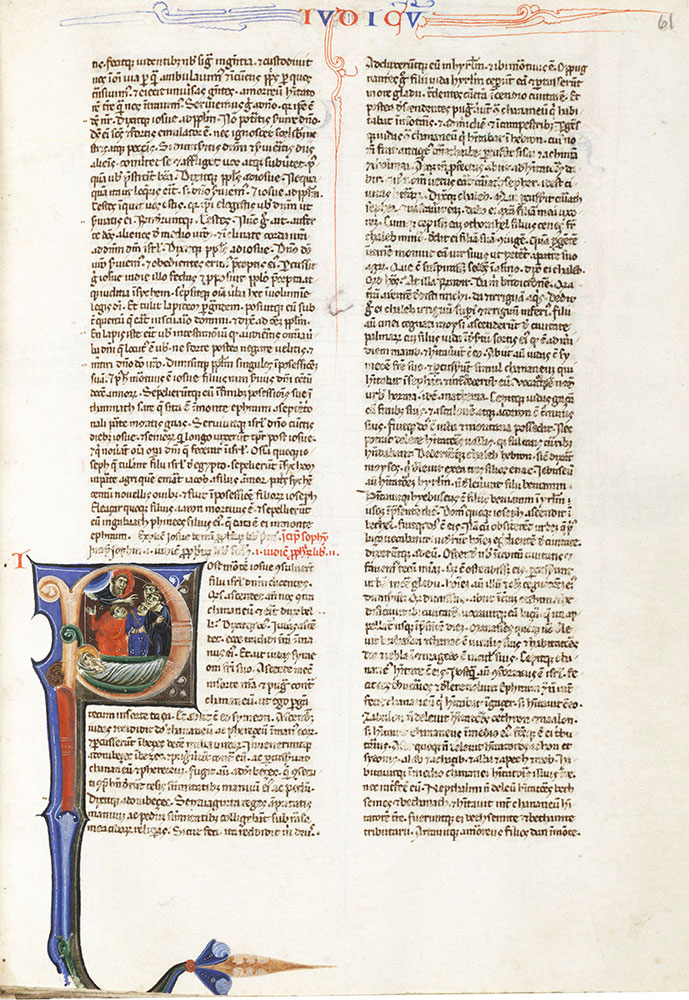 Item No: mca0360611
Additional Title: Bible
Script: Gothic bookhand
Language: Latin
Folio Number: f. 61r
Source: Rare Book Department
Notes: Initial P with the Death of Joshua, beginning the Book of Judges
Notes: The manuscript has been dated to ca. 1260-1280. Several initials have been excised.
Notes: This charming manuscript is a reminder that small-format Bibles were made not only in Paris but in other European intellectual and urban centers as well. This Bible was probably produced in Padua or Venice. Stylistic features such as the greenish flesh tones, strongly delineated facial features, and the occasional modeling and highlighting of the drapery with white identify this anonymous artist as the same one who illuminated other Bibles copied by the Paduan scribe Giovanni da Gaibana.
Sirsi Catalog Key: 1466057
Country: Country:Italy
City/Town/Township:Padua or Venice 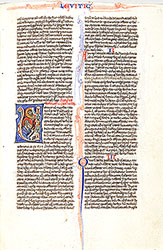 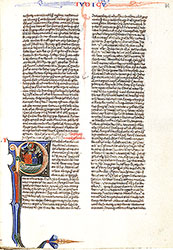 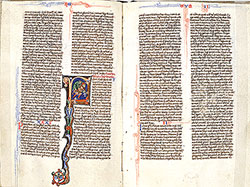 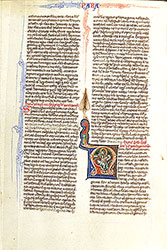 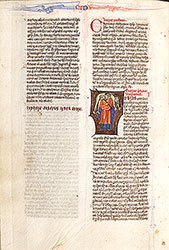 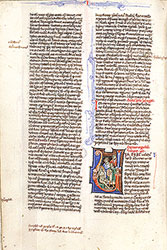 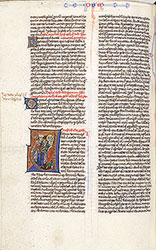 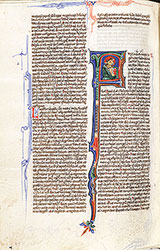 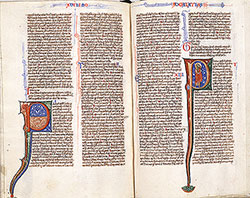