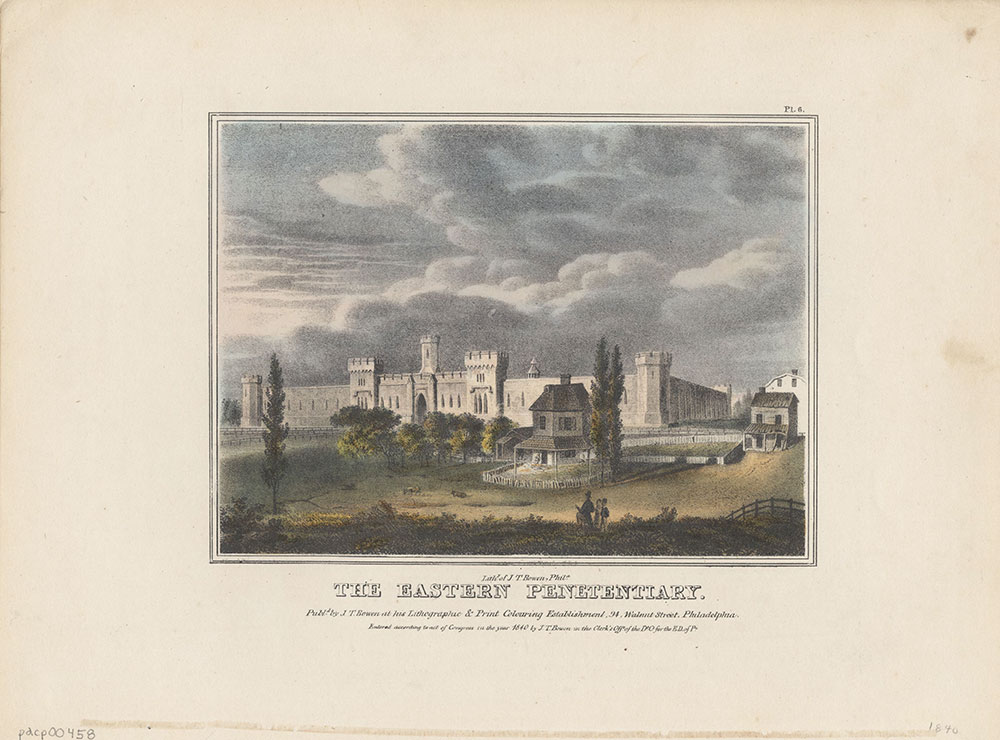 It is situated on the high ground on Coates' Street, north west of the city, only a short distance from and within plain view of "Fairmount".  It has been often said that it resembles "some baronial castle of the Middle Ages," from its style of architecture and its immense extent, occupying almost ten acres of ground, constructed from a dark species of granite, which imparts to it a most grand and dolmen appearance.
-Ezra Holden, Views of Philadelphia and Its Vicinity, 1838

[CAPTION] Lithy. of J.T. Bowen, Phila.     THE EASTERN PENETENTIARY.     Publd. by J.T. Bowen at his Lithographic & Print Colouring Establishment, 94, Walnut Street, Philadelphia.     Entered according to act of Congress in the year 1840 by J.T. Bowen in the Clerk's Offc. of the Dt.Ct for the E.D. of Pa.