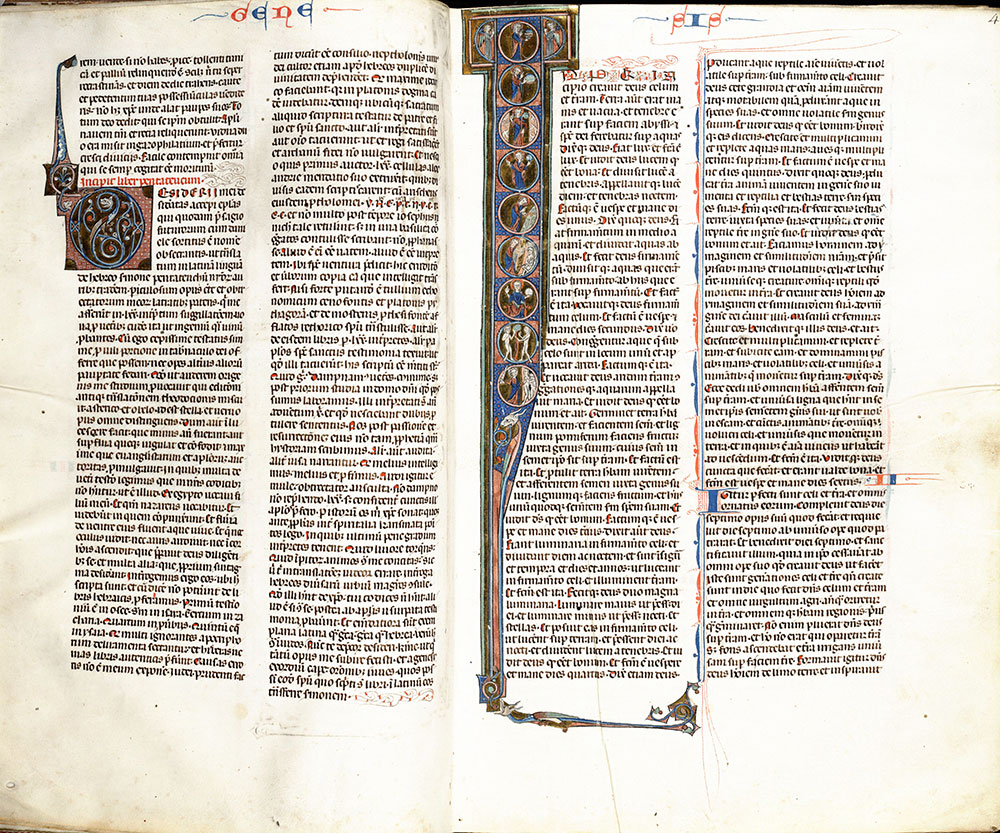 This lectern-sized book is larger than many 13th-century Bibles. The opening on display begins the Book of Genesis with a historiated initial I: a large letter at the beginning a section that depicts a specific scene or person. The size of the “I” indicates the importance of this section: the Book of Genesis is the first book of the Jewish Torah and the Christian Old Testament.


Notes: Initial I with the Days of Creation, the Fall of Man, and the Expulsion from Paradise, beginning the Book of Genesis
Notes: This manuscript has been dated to ca. 1260-1280. Fol.1r-164r is by a French artist the rest are by an Italian.
Notes: This manuscript was produced in Italy but was decorated by French and Italian illuminators. This is an example of the work of a French illuminator.
Sirsi Catalog Key: 1450903
Country: Country:Italy
City/Town/Township:Naples or Genoa ? 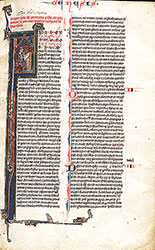 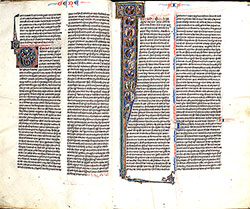 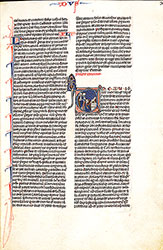 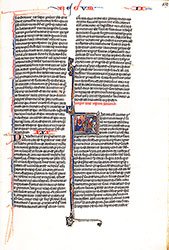 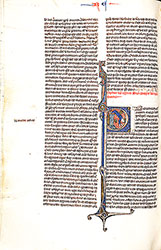 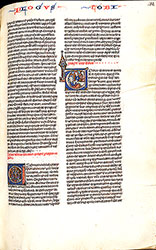 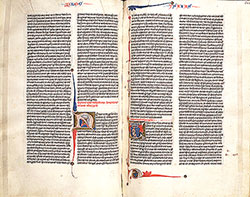 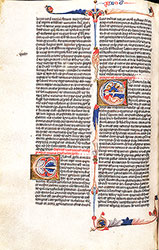 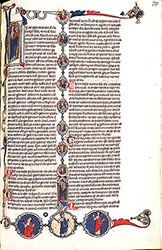 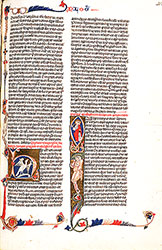 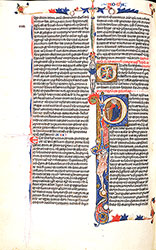 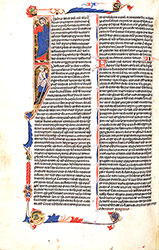 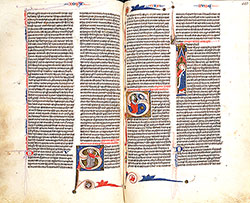