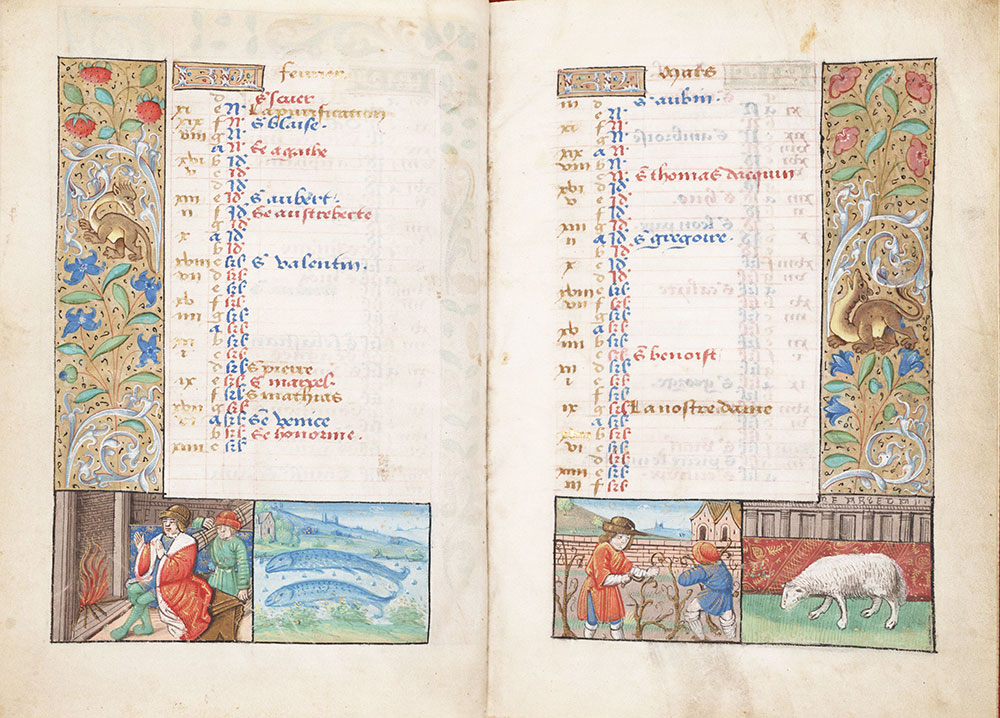 Item No: mca1250010
Additional Title: Book of Hours, use of Rouen
Script: Bastarda
Language: Latin; Calendar, some rubrics and prayers in French
Folio Number: ff. 1v-2r
Source: Rare Book Department
Notes: Calendars in books of hours were primarily used to keep track of the feast days of the church. While most of the feast days are written in blue and red ink in this manuscript, the most important days are indicated with golden letters. We know that this book of hours was intended to be used by someone who lived in Rouen due to the appearance in the calendar of feast days celebrated only in that city, such as the feast of Saint Austreberta, which was celebrated on February 10, and appears here in red.

Calendars in medieval books of hours were typically decorated with the zodiac signs and labors or activities appropriate to each month. Here, February is represented by the symbol of Pisces and an image of a man warming himself by a fire. On the next page, March is represented by the symbol of Aries and the labor of pruning.
Notes: February and March
Sirsi Catalog Key: 1560478
Country: Country:France
City/Town/Township:Rouen 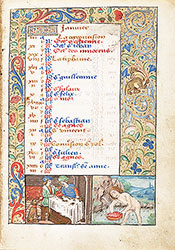 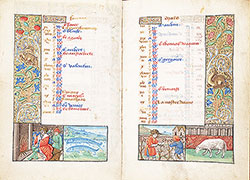 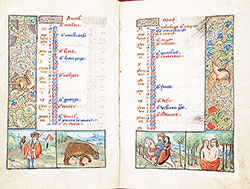 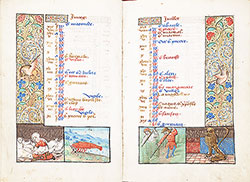 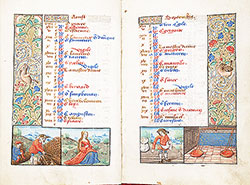 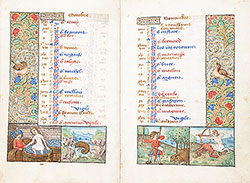 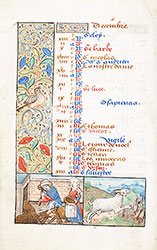 (1499). Book of Hours, use of Rouen. Retrieved from https://libwww.freelibrary.org/digital/item/4035