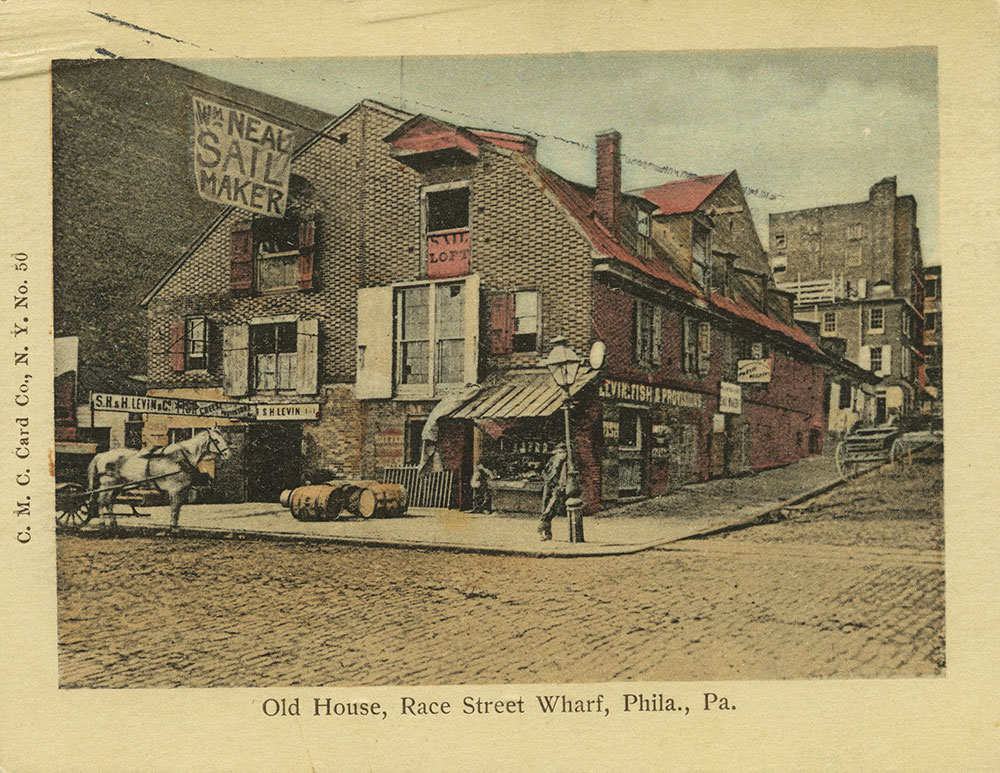 "This old warehouse for salt and salt fish, also called a salthouse, was built in 1705, one of the first buildings to be erected on the Delaware waterfront. Its bricks and timbers were brought from England and were still sound when the building was taken down after 1900. The building housed a variety of businesses when the photograph was made around 1856. Besides William Neal, sailmaker, there were grain carters, public weighers and S. H. Levin, whose business in fish and provisions later became a firm of some size and importance. During the Revolution, a troop of British soldiers was quartered here."--OPEP, p. 36.