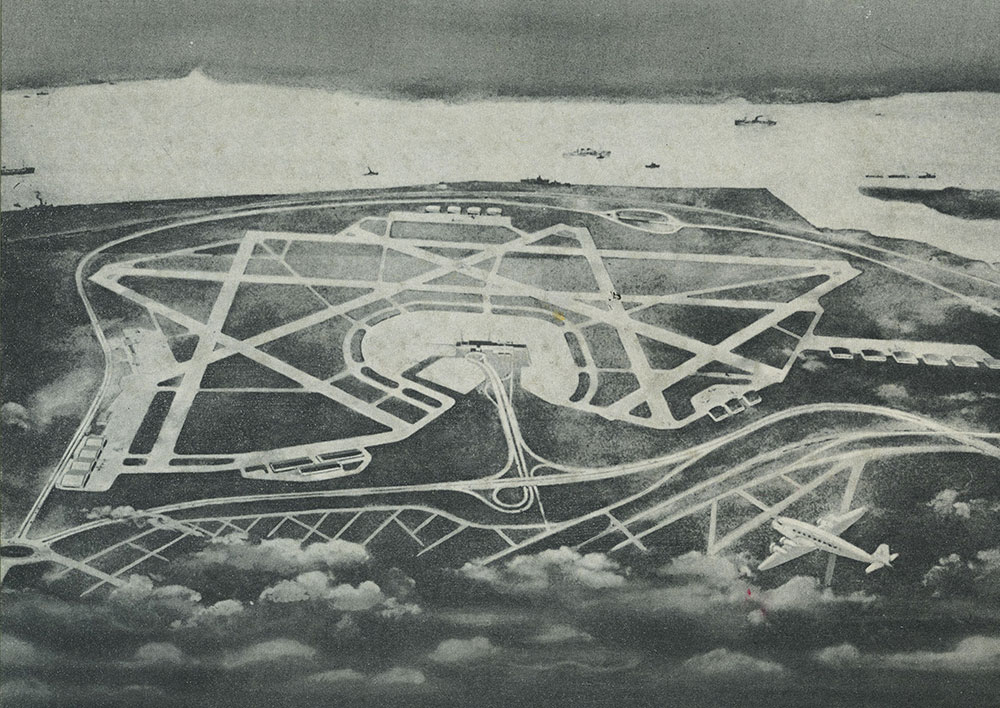 Published in: This Is Your Philadelphia : Report From the Mayor to the Citizens of Philadelphia. 1948.

Philadelphia airport formed in 1925 to train aviators of the Pennsylvania National Guard. In 1930 the city purchased adjoining land for Airport expansion. Expansion and the construction of the building and landing field began in 1937. Construction began in 1950 on a new terminal building, which was completed December 15, 1953 and designed by architects Carroll, Grisdale & Van Alen (1946-73).