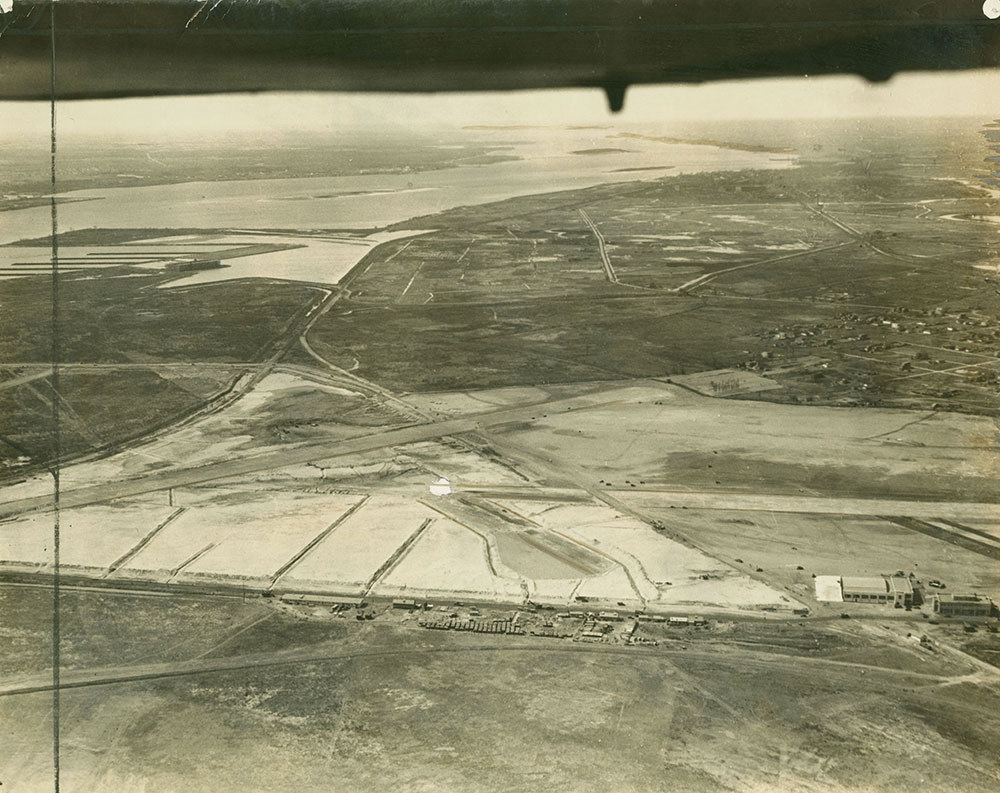 Philadelphia airport formed in 1925 to train aviators of the Pennsylvania National Guard. In 1930 the city purchased adjoining land for Airport expansion. Expansion and the construction of the building and landing field began in 1937. Known as Municipal Airport, then as S. Davis Wilson Airport before reverting back to Municipal Airport. Eventually became Philadelphia International Airport. Building demolished to start construction on a new terminal building in 1950.

[ON REVERSE] "S. Davis Wilson Airport as it looked from the air yesterday when Mayor Wilson inspected it and made the first take-off from its macadamized runway No. 3... In the distance is the Delaware River, and in the foreground Island Road, by which motorists may reach the field from the city... The airport will formally be opened tomorrow.  Ledger Photo"