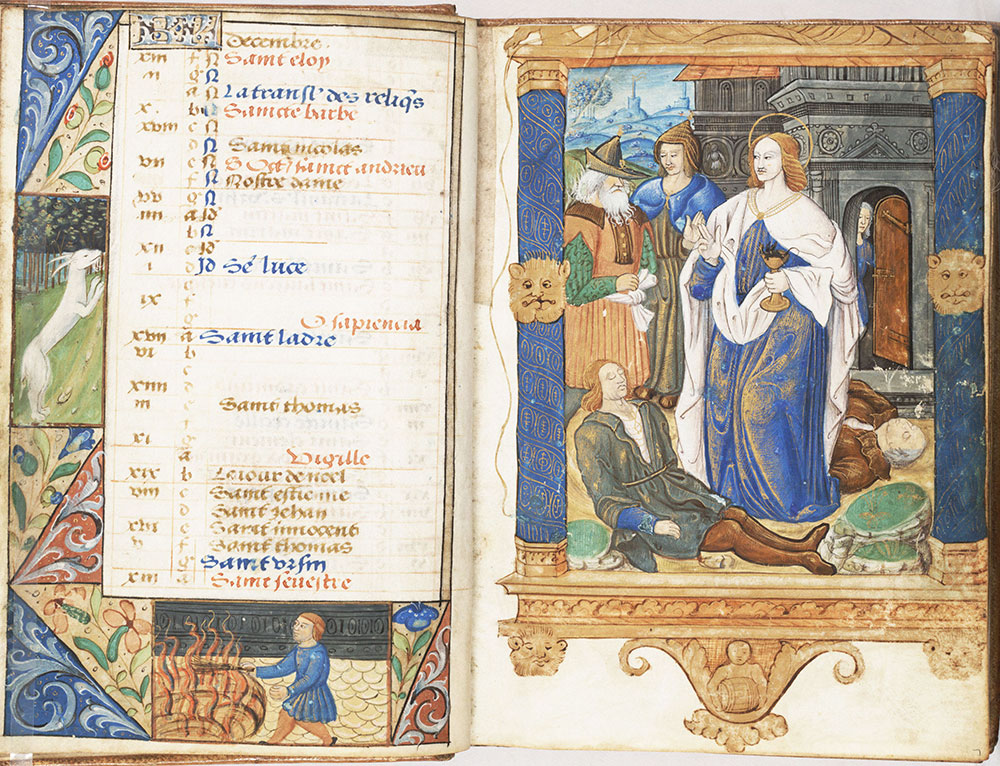 Item No: mca1260060
Additional Title: Book of Hours, use of Rouen
Script: Bastarda
Language: Latin
Folio Number: ff. 6v-7r
Source: Rare Book Department
Notes: Opening showing the month of December and St. John and the Poisoned Cup
Notes: This manuscript has been dated to ca. 1500.
Notes: This opening contains the end of the calendar and the beginning of the Gospel Lessons, which include readings from the four Gospels. Calendars in medieval books of hours were typically decorated with the zodiac signs and labors or activities appropriate to each month. Here, December is represented by the symbol of Capricorn and a man baking.

The image used to decorate the beginning of the lessons from St. John's Gospel is more unusual. It illustrates the apocryphal story of St. John and the poisoned cup, in which John, who was handed a cup of poisoned wine, makes the sign of the cross to expel the poison, which emerges in the shape of a serpent. After this miracle, John brought back to life two criminals who had been used to test the effects of the poison. In this miniature they appear still dead and on the ground.
Sirsi Catalog Key: 1560479
Country: Country:France
City/Town/Township:Rouen 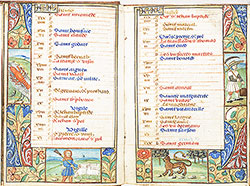 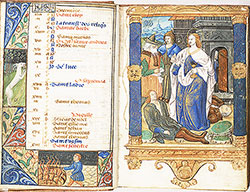 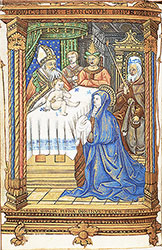 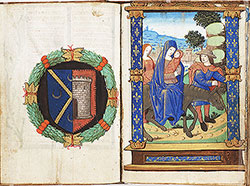 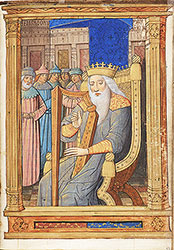 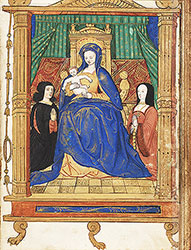 (1510). Book of Hours, use of Rouen. Retrieved from https://libwww.freelibrary.org/digital/item/4124