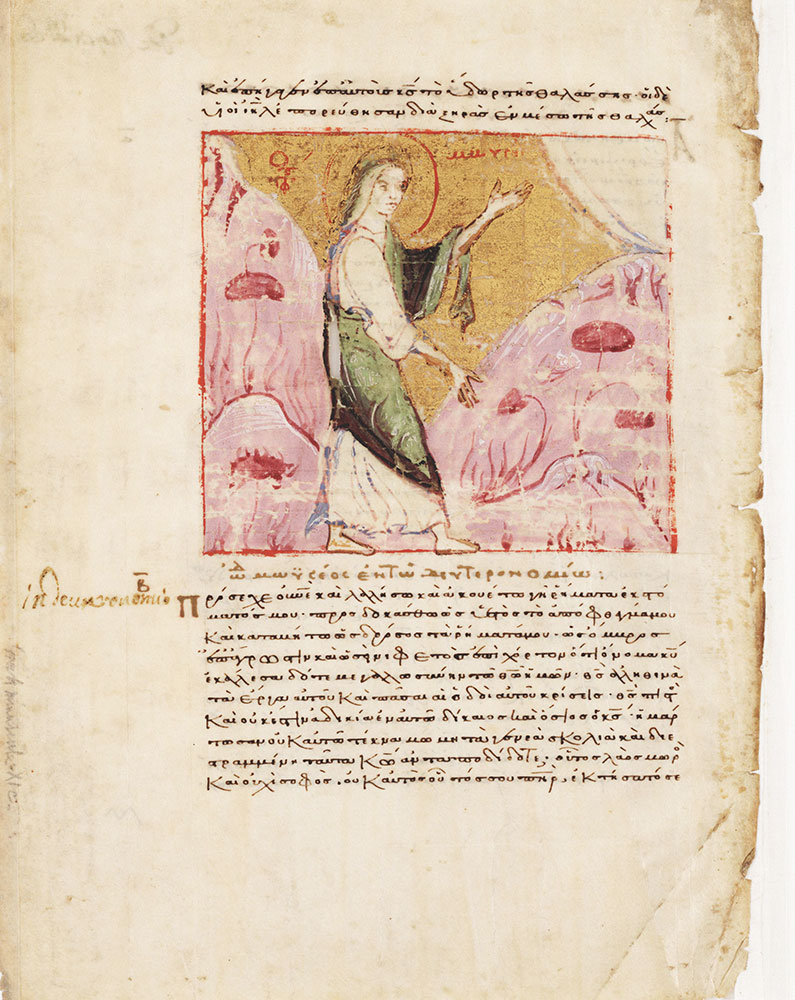 Item No: mcai440281
Additional Title: New Testament-Psalter
Language: Greek
Folio Number: front 44:28
Source: Rare Book Department
Notes: Moses
Notes: This miniature was positioned between the two Odes of Moses (Exodus 15:1-19 and Deuteronomy 32:1-43). The Book of Odes is found only in Eastern Orthodox Bibles, where it appears after the Psalms and comprises prayers and canticles from both the Old and New Testaments.

Lewis E M 44:27 and 28 are both from the same Greek manuscript that contains the New Testament, the Psalms, and the Book of Odes. The manuscript from which the leaves were taken has been identified as Manuscript 1 in the Palermo Museum in Sicily, which is still mainly intact. It is not clear when these leaves were removed, but it occurred sometime before 1893, for the loss is noted in a catalogue of the Palermo collection made that year.
Sirsi Catalog Key: 1664401
Country: Country:Turkey
City/Town/Township:Constantinople 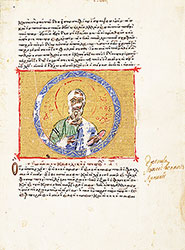 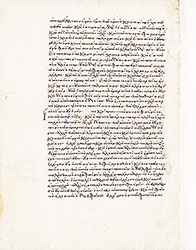 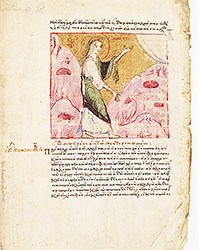 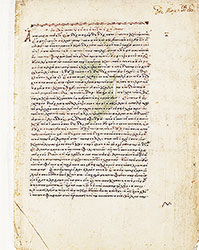