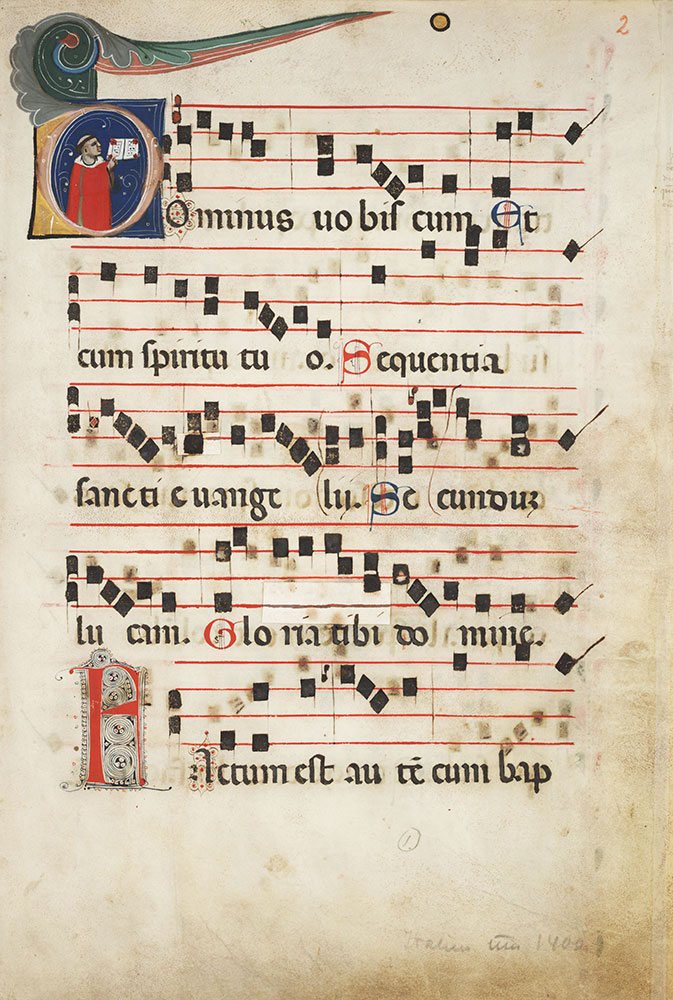 Item No: mcai450011
Additional Title: Choir book
Script: Rotunda
Language: Latin
Folio Number: front
Source: Rare Book Department
Notes: Initial D with a Deacon chanting from a book
Notes: This bifolium from a choir book contains portions of the Gospel Lesson for Epiphany, beginning on this folio with Luke 3:21, "Factum est aute[m] cum baptizaretur omnis populus ..." (Now it came to pass, when all the people were baptized). In medieval celebrations of the Mass, the Gospel Lesson was intoned, or chanted, by a deacon. In the initial D, a deacon points to a representation of the same book from which a real deacon would chant the text.

Opposite the initial, in the right margin, are traces of instructions left for the illuminator, who would come back after the text and musical notation had been inscribed to fill in the spaces for the illumination. Although the note has been mostly trimmed away, it indicates that an image of a deacon reading should be placed in the initial.
Notes: This leaf has been dated to ca. 1325. Notes to illuminator in right margin of fol. 1r, partially trimmed away: "Hic ... e[ss]e u[...] diaco[num?] le[gere?] eua[n]g[elium?].
Sirsi Catalog Key: 1602025
Country: Country:Italy
City/Town/Township:Bologna 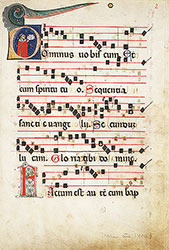 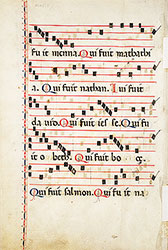 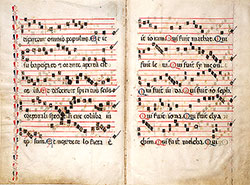