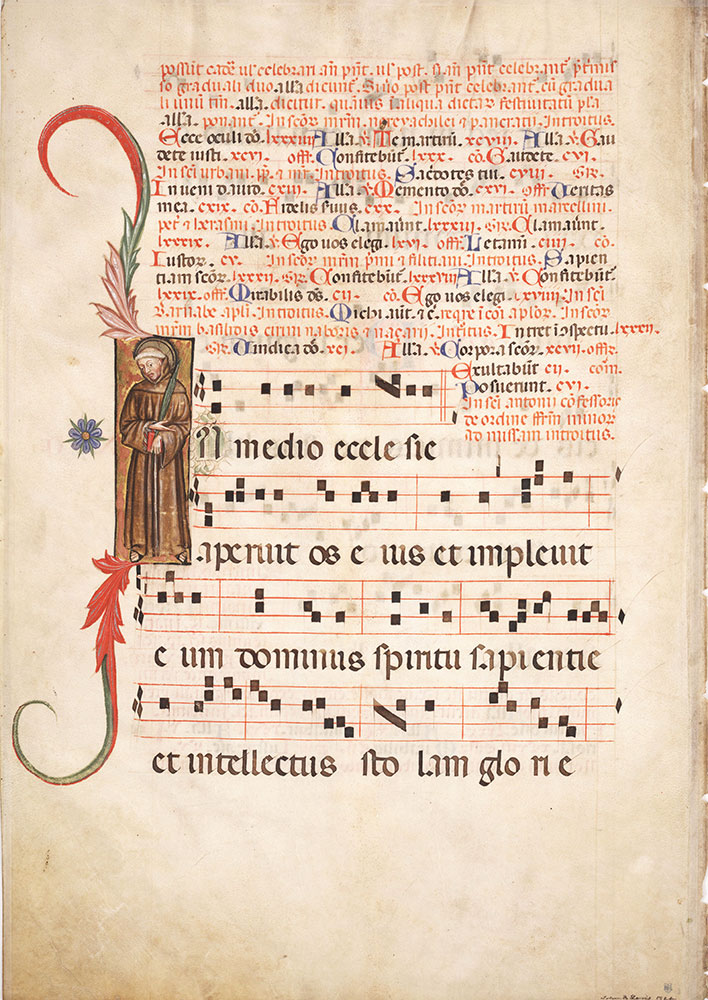 Item No: mcai720061
Additional Title: Gradual
Script: Rotunda
Language: Latin
Folio Number: front 72:6
Source: Rare Book Department
Notes: Initial I with St. Anthony of Padua
Notes: These cuttings can be dated to ca. 1395. Cuttings are sister leaves to E M 28:2-:23 and two other leaves, one in Bloomington, Indiana University, The Lilly Library, C. L. Ricketts Coll, L. 3, and another in a private collection in Milan.
Notes: This initial begins the Introit for Mass for the feast of St. Anthony of Padua (June 13), "In medio ecclesie aperuit os eius..." (In the middle of the temple he opened his mouth). 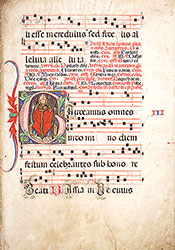 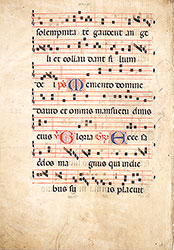 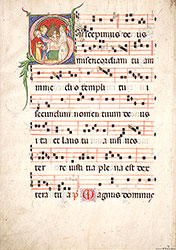 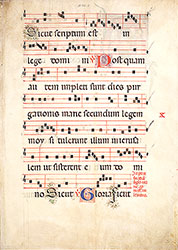 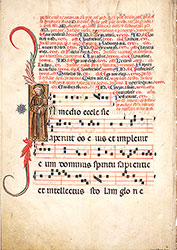 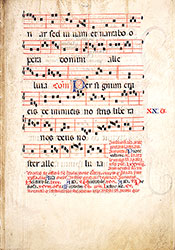 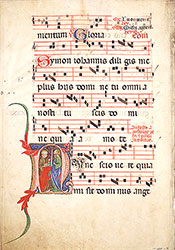 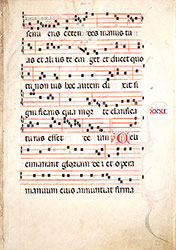 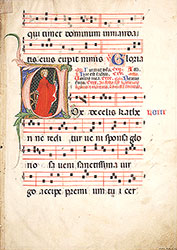 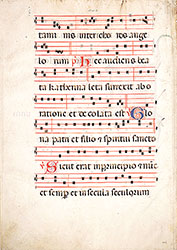 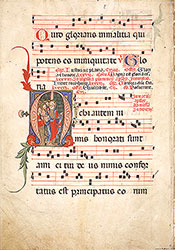 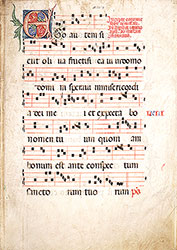 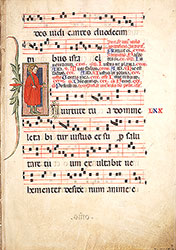 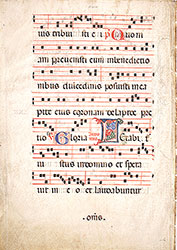