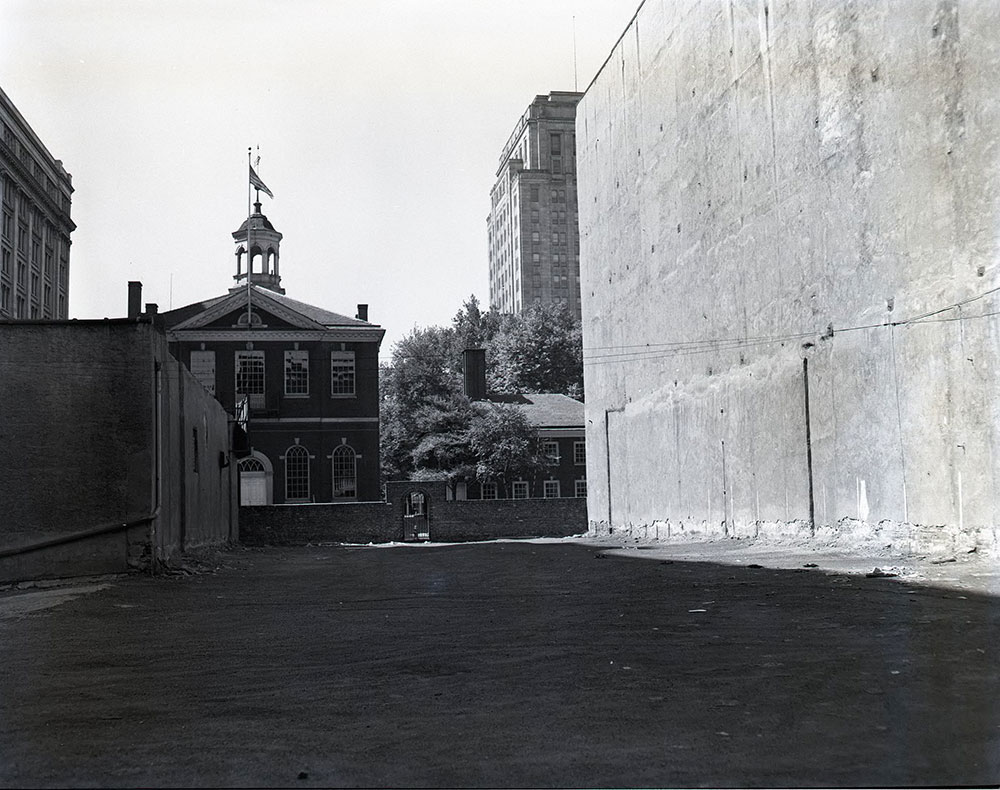 This July 1949 image was taken as part of the preparation for beginning "Mall Project A,” for creating what became Independence Mall—the three blocks north of Independence Hall, bounded by Chestnut, Race, 5th and 6th Streets. Seen in the background is Old City Hall, which is still standing.

The businesses in this 1949 image were among the many buildings purchased and demolished (ca. 1952) to create the First Block, the block immediately north of Independence Hall; the block was completed in 1954.