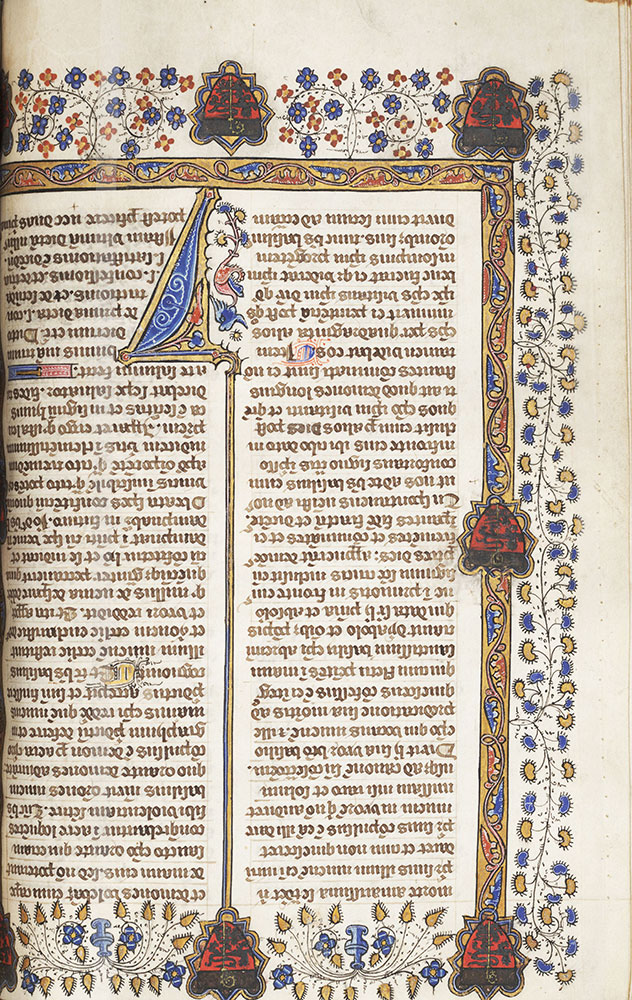 This manuscript is a collection of Christian theological writings, called a miscellany. The coat of arms in the border on the left are for Malmesbury Abbey, in southern England, suggesting that this miscellany was made for use there.

This leaf contains what is known as the "Ibimus" paraphrase of Robert of Sorbon's De tribus dietis paradisi (On the three ways to Paradise). This manuscript contains a miscellany, or collection, of theological writings, including Book III of Gregory the Great's Moralia in Job, the Pseudo-Bernard of Clairvaux's Meditationes, an anonymous treatise entitled Summa de trinitate, Hugh of St. Cher's Speculum ecclesiae (Mirror of the Church), and Innocent III's De miseria conditionis humanae (On the misery of the human condition). Texts of related content were often produced and bound together in the same volume, constituting something of a "mini-library" on a particular subject. The coats of arms on this leaf are for Malmesbury Abbey in England, suggesting that the manuscript was made for use there. 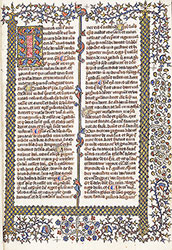 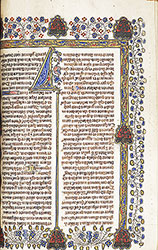 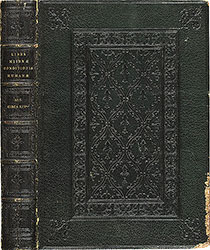 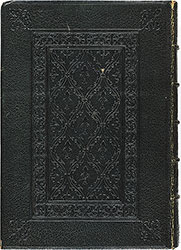 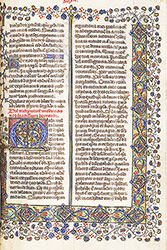